Shakeela Chachi's all ugliness is revealed to Naeem 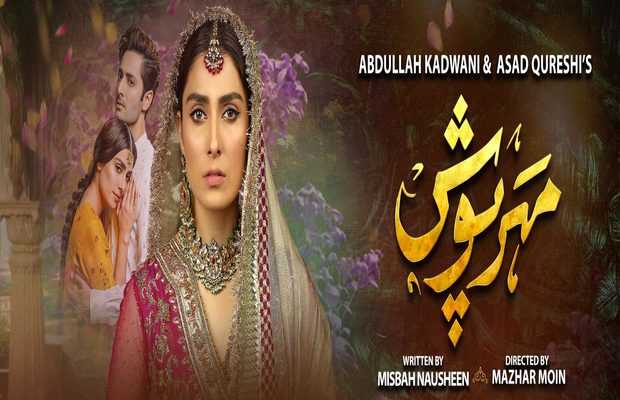 Meher Posh the drama serial running at Geo Entertainment now tends to get less depressing since Shakeela Chachi’s reality has been revealed over Naeem and he has started feeling remorse over his past conduct. Ali Abbas has given an impressive performance in this episode, but the highlight of this episode remains Ayeza Khan and Danish Taimoor.

The episode begins when Naeem has fully realized that it is all Shakeela Chachi’s plotting, he has himself heard Shakeela Chachi saying that she has deliberately made Naeem divorce Mehru. For the very first time, Naeem has realized that he has developed feelings of extreme guilt and hurt. He is realizing that he has wronged Mehru and he is responsible for ruining her life, besides that he is also hurt to know that he has been deceived by his own relative.

Shakeela’s Chachi is so toxic that she has not felt an iota of shame and embarrassment, she starts threatening Naeem that she will defame and trash him in front of all her neighbors when Naeem has cursed her for ruining his and Mehru’s life. Shakeela Chachi is not getting slow, she is not at all ready to accept her daughter in law, she starts insulting her and ends up throwing her son along with her wife out of her house.

Naeem is now regretting hard on ruining Mehru’s life and he is now resolute to fix his mistakes but he does not know that it is too late and all the damages are not repairable. Naeem is trying hard to seek Mehru’s forgiveness. He even tries to have a talk with her on road.  Here Naeem is not being a sensible person the way he had insulted her on street and now even when he tries to seek forgiveness he is trying to talk with her again on the street without realizing that he is now not her husband and by doing so it may affect her reputation in her society.

Shah Jahan timely intervenes and saves Mehru from Naeem’s insisting behavior. For the very first time, Mehru feels secure in Shah Jahan’s presence. She clearly tells Naeem that she is not interested in hearing his side of story as she has no relationship with him. Shah Jahan receives her mother’s call and when she tells Mehru that her mother has fallen down from the stairs, Mehru insists that she will accompany him so that she can take good care of Khala, even after getting that insulting remarks about her she still wants to face Khala. Well, Khala is not less vile she starts taunting her again and clearly tells her that she has no chance as she will never let his son marry a divorcee.