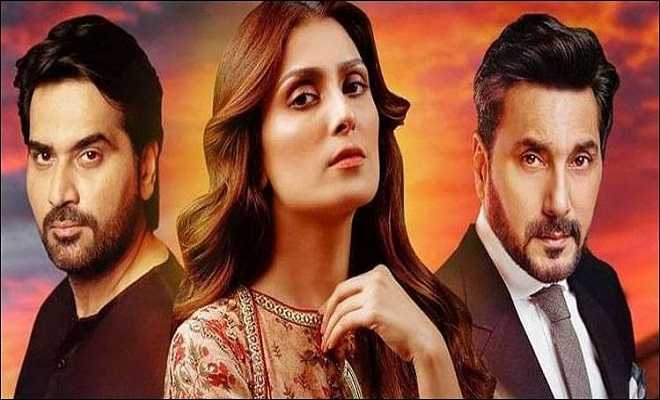 The last episode of Meray Pass Tum Ho had the entire nation gripped in its claws - OyeYeah News
0Share
10.3KViews

The last episode of Meray Pass Tum Ho had the entire nation gripped in its claws. The anticipation was huge and we sat with our hearts clenched in our fists for the entire duration praying that it did not end with Danish’s death in the drama, as was being expected. Although writer Khalil ur Rehman Qamar had given a statement to EPK about having a change of heart, we couldn’t really trust him when it came to giving Danish a much deserved happy ending.

The last episode was absolutely phenomenal in terms of dialogues and Humayun Saeed’s and Shees Sajjad Gul’s acting. We know hearts would have been broken in the final scenes of the episode because we couldn’t hold back our tears ourselves.

Danish was so emotionally invested in Mehwish that he knew meeting her again would break the heart he had been trying to mend so hard. And Mehwish, as selfish as always, valued her own happiness over everything else. And perhaps her punishment for being selfish is justified now because now she can have everything except Danish who she never really valued.

Whatever people might have been arguing about, but if we look at Meray Pass Tum Ho in-depth, the drama did defend the women who valued their home above everything else while it absolutely destroyed those who selfishly seek their own happiness. Shahwar and Maham’s dialogues were proof of that alongside the exchange between Danish and Mehwish.

We’re absolutely heartbroken and really wanted more from the drama but it had to end the way it did and Khalil ur Rehman Qamar really kept his track record of killing his leads.

This one drama serial, a cult classic, was marked by some of the finest performances in the history of drama in Pakistan. Ayeza Khan aced being the cold-hearted and vain beauty Mehwish, while Adnan Siddiqui nailed the suave and sophisticated casa nova Shahwar. However, the winner for us was Humayun Saeed as Danish without a doubt. The actor proved why he’s one of the best in Pakistan. A special mention to Shees Sajjad Gul who portrayed Roomi in the play. The child star was phenomenal. The sensation that Meray Pass Tum Ho became, will definitely be very hard for any other drama serial to meet in the history of dramas in Pakistan and we say that with absolute conviction.