Once Again Shahmeer Is Caught By Mona! 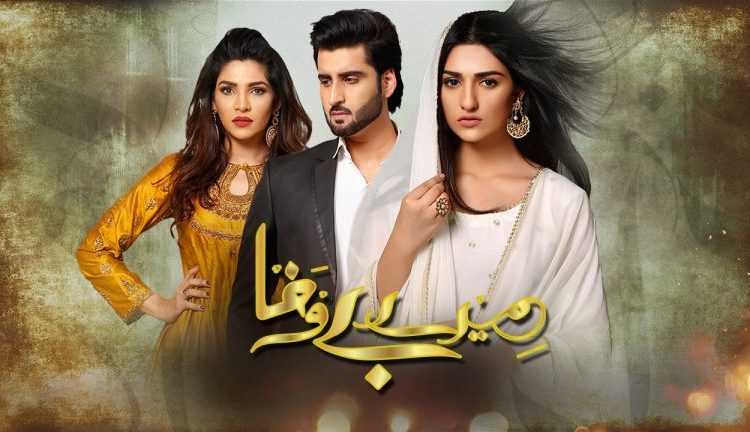 Mere Bewafa is a saga by Sadia Jabbar Productions that is creating a hype and attaining top ratings with every episode going on air every Wednesday on APlus TV. The dialogues are so catchy and delivery is so good that you can’t help but smile on the sarcasms Shagufta Ejaz does frequently.

The story includes a saas-bahu spat along with a lot of other masala. The whole cast is doing an impeccable job with the screenplay. The story is about a girl namely Azra (Sarah Khan) who is extremely fond of her husband Shahmeer (Agha Ali). But the twist comes when he marries her best friend Mona (Zhalay Sarhadi). The tough time starts for Azra right when the news is broken to her. She feels appalling and is unable to get over the trauma when Mona moves in to her own home and especially to her room. In between, she has lost her baby because of Shahmeer and since Mona is expecting so she wants the same to happen to Mona. Meanwhile, a neighbor guy is in limelight now and feels empathy for Azra.

In episode 17, Shahmeer goes upstairs to ask about Azra’s health but Mona arrives and he gets stuck between the arguments once again. He is unable to create balance although he has been trying his best. Both are making his life hell and don’t want to adjust.

Later, Mona makes it clear to Shahmeer that she will not share him with Azra at any cost and stop giving stress to her if he wants his baby safe. Meanwhile, Azra’s sisters in law come to intimidate her and ask her to stay quiet and do as their mother wants because she can’t file any case without money anyway and stay ready to get divorce from Shahmeer.

The whole family starts forcing Shahmeer to get rid of Azra but Shahmeer asks Azra if she wants it too. The argument ends on a note that she wants him to take after her expenditure every month and Shahmeer gives her money there and then and makes it clear to everyone that he will not leave Azra anyway!

The drama has that entreaty which is making drama buffs not  miss a single scene. Zhalay Sarhadi as Mona is simply perfect, she makes you hate her character, forgetting what a sweetheart she is in real life. Also Sarah Khan, we have been mighty impressed by Sarah in Belapur Ki Dayan and as Azra, an entirely different character, you’re convinced of this actress’s versatility. The cast doesn’t disappoint at all when it comes to their performances. Sakina Samo has extracted realistic performances from her cast, you feel Azra’s pain and Mona’s hatred with the characters.

If you haven’t seen it yet you really need to binge watch Mere Bewafa right away!