Behroze's wife is cheating on him 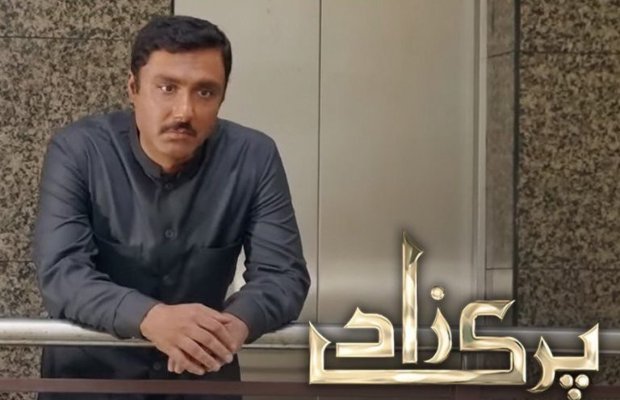 Hum TV’s best in the running drama serial Parizaad the magnum opus is the prime time watch we all wait for the whole week. Production quality, direction, storyline, and performances everything is on point. In the previous episode, we have seen Parizaad betraying his master’s orders by helping his wife. In this episode, it is shown that Behroze’s wife is actually cheating on him so she is being killed on Behroze’s orders along with her lover.

Behroze’s wife is persuading Parizaad to help her out despite Parizaad’s reluctance to betray his master’s orders. She is trying to make a story in front of Parizaad about her khala’s illness and also says that she will herself take permission from him once Behroze will come back from South Africa. Poor Parizaad is naive enough to believe this story.

Parizaad takes her once again to that hotel but this time when she returns Behroze Karim is waiting for her with her goons. It is proved that she is actually cheating on Behroze, there is no khala she actually going to meet her lover. Behroze catches her lover too and he orders to shoot both of them but strangely he orders to leave Parizaad.

Well, I find this episode a little underwhelming, as there is a time-lapse shown of a month. Parizaad was hit by the butt of the gun and he lays unconscious for about a month. If he is deliberately given injections then why? He already follows what he is told then why he is kept like that for a month that even Janu and his fiance are wondering that what might happen to Parizaad? One thing I do not like is that why Parizaad was saving Behroze’s wife by taking all blame on himself she is so clever and mean she herself tried her best to demean Parizaad in front of Behroze but Behroze is not naive he knows everything.

Behroze values Parizaad, he knows that he is a gem of a person. Behroze is currently heartbroken by his wife’s betrayal. The police is after this case as the lover of Behroze’s wife is the son of an ambassador and it is a high profile case so there is a lot of pressure on the Police. Behroze asks Parizaad to go into hiding for some time, he is sending him to Guru. Now one wonders who is Guru another chapter of Parizaad is about to begin.

tweet
Share on FacebookShare on TwitterShare on PinterestShare on Reddit
Rameeza NasimOctober 6, 2021
the authorRameeza Nasim
Rameeza Nasim, a Paralian, passionate about poetry, drama and fiction. By giving drama critiques I feel like I am endorsing the writer's message to the audiences, I love my job. Being a critic responsibility lies on my shoulders to point out the flaws and shortcomings of the play be it on writer's , performers or director's end . I did my Masters in English Literature and Linguistics .
All posts byRameeza Nasim