Parizaad Episode-8 Review: Parizaad is eventually forced to sell his own words

Such a heartbreaking episode! 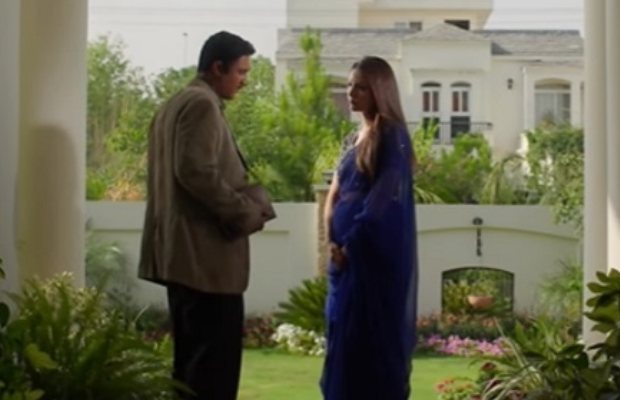 HUM TV’s Parizaad, the magnum opus is undoubtedly the best serial in the running. It is a perfect blend of brilliant script, beautiful characterization loaded with incredible performances. Ahmed Ali Akbar’s phenomenal performance as Parizaad is proving to be one of his best works. We saw Parizaad faces class disparity and in this episode, he realizes the importance of wealth, and the saddest part is that he starts looking down on his poetry.

The episode opens with a scene as Parizaad sees his sister being mistreated by none other than her own husband, which breaks his heart. All he is thinking is to find a way to help his sister out in the time of her crisis. He even tries to get his house property papers in the middle of the night but he knows he cannot do any such thing on his own.

Parizaad visits Lubna’s place as she is being consistently absent from the University. There Parizaad meets Lubna’s mother who in a very inappropriate manner asks him that why he is asking for Lubna, does he loves her? Parizaad gets startled but then he gains confidence and replied that no there is nothing like that. Lubna’s mother gives very inappropriate vibes no lady from a respectable family can talk about her daughter like that.

Lubna clears this confusion later by telling Parizaad that she is a harlot, in modern times harlots are maintaining a high lifestyle they are not like those typical ones living in kohtas. Lubna’s mother has told Parizaad that she is marrying Nomaan the same guy who offered Parizaad to sell his words. The dialogues of Lubna’s mother have such a strong impact on Parizaad that he starts valuing the importance of money but the saddest part is that he also starts looking down on his poetry and starts underestimating his power of words.

Parizaad has made such a blunder that he leaves his studies in University in the middle and starts working in a welding shop! How can he be so naive? Then further he makes up his mind to help her sister by selling his poetry for that he visits Nomaan’s office to sell his collection of poetry. Nomaan buys his collection of poems for 5 lacs, Parizaad brings all that money to his sister. Parizaad’s sister is not a greedy woman she says that she will not accept this money until and unless he will tell him that from where he has gotten such a big amount. Parizaad tells his sister that he has left with no choice but to sell his words so that she can live in peace, it is so heartbreaking and Saeeda’s husband is hearing all this conversation.

tweet
Share on FacebookShare on TwitterShare on PinterestShare on Reddit
Rameeza NasimSeptember 8, 2021
the authorRameeza Nasim
Rameeza Nasim, a Paralian, passionate about poetry, drama and fiction. By giving drama critiques I feel like I am endorsing the writer's message to the audiences, I love my job. Being a critic responsibility lies on my shoulders to point out the flaws and shortcomings of the play be it on writer's , performers or director's end . I did my Masters in English Literature and Linguistics .
All posts byRameeza Nasim