Kehkeshaan is still after Adnan! 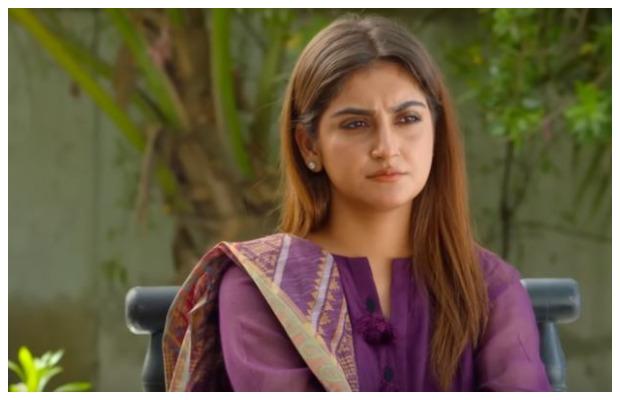 Pehchaan Episode- 23 and 24 Review – Hum TV drama serial Pehchaan is moving fast towards its conclusion. With 24 episodes down we finally got the reason why Sharmeen is asking for a divorce. Performances are super brilliant, particularly by Syed Jibran and Hiba Bukhari. In the previous episode, we have seen that Sharmeen starts her home cooking business and she is excelling in it. In this episode, it is shown that Sharmeen tells Phupho the actual reason why she is leaving Adnan.

Sharmeen is all set with her life, her business and teaching are going great but she still badly misses her kids. Being a mother she gets the vibes that Fahad is not okay through her dreams when he is actually not well. Hamna has now bit softened with her father suggested to him that he might have erred her but he is not realizing it. Fahad is still being rude to his father.

We get to see Aziz’s scenes and his flashback of how passionately yet hopelessly he is in love with Sharmeen. He has always loved her unconditionally despite Sharmeen and her family’s refusal. Aziz’s definition of love is quite beautiful he thinks that love does not mean possession only it lies in the happiness of the beloved and surrendering one’s will in front of the beloved’s will. In a world full of Adnans be like Aziz!

Well it is shown that Kehkeshaan had approached Adnan a few months back and she proposed to him but Adnan has told her that she is her past and now she only loves his wife. However, Kehkeshaan is still in the town and she is still eyeing Adnan. Adnan on the other hand is still in a very miserable state our heart now goes out to him since we come to know that he has defended Sharmeen in front of Kehkeshaan and preferred her.

Sharmeen has finally stated the reason why she wants to leave Adnan to her Phupho. She recalls how Kehkeshaan had approached her. Kehkeshaan made Sharmeen feel that all her married life was a lie. She even has the nickname Cookie that has been borrowed by her it is like Adnan ripping her off from her identity. Adnan deliberately deprives her of wearing saris and orange color. He even does not take her to the seaside. This whole talk is orchestrated by Kehkeshaan so that Sharmeen walks out of this relationship leaving empty space for her. Well after watching that we really root for Adnan and Sharmeen’s reunion and our heart also goes out to Aziz.

tweet
Share on FacebookShare on TwitterShare on PinterestShare on Reddit
Rameeza NasimAugust 29, 2022
the authorRameeza Nasim
Rameeza Nasim, a Paralian, passionate about poetry, drama and fiction. By giving drama critiques I feel like I am endorsing the writer's message to the audiences, I love my job. Being a critic responsibility lies on my shoulders to point out the flaws and shortcomings of the play be it on writer's , performers or director's end . I did my Masters in English Literature and Linguistics .
All posts byRameeza Nasim