Aslam takes all blame on himself 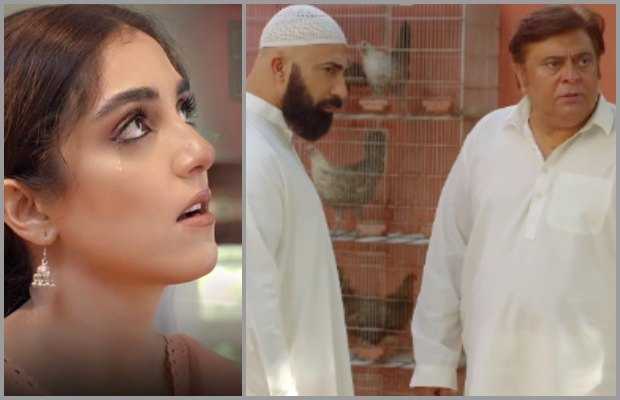 Pehli Si Muhabbat is a beautiful love story running at ARY Digital which is now becoming so heartbreaking. Our heart goes out for poor Rakshi who fails to speak out for her love in front of her father and her weakness is totally understandable. In this episode, we have seen that how Aslam being a true gentleman protects Rakhsi’s honor and saves her honor in front of her father.

The most villainous part played in the love story of Aslam and Rakshi is by society itself, people who are mean and insensitive have made this union impossible otherwise hardhearted Akram has also agreed to this proposal. Had Sikandar’s father not taken Faiz at Akram’s shop things have not gone that far. It seems that Sikandar too is not a gentleman, he seems even worse than Akram.

Sikandar is marrying Rakshi just because he wants to take revenge for his refusal from Zainab’s brothers. He just wants to marry Rakshi because he wants to hurt Aslam. How evil is this? and later Aslam mentions that the scene Sikandar had created at Zainab’s wedding, he will never going to do that with Rakshi because he never wants to defame her in front of her in-laws. He never wants Rakshi to suffer like Zainab. It all says that Aslam is a thorough gentleman and Sikandar is not. Why he is punishing a motherless girl just for his revenge?

Well, it is so annoying to see Zainab being a cold-turkey to her husband. Her coldness gone to that extent after so many years of her marriage is not making any sense and it does not seem real. Why her husband has not divorced her? Why still he is accepting her despite being so cold and indifferent? It is so irritating to watch Zainab not even trying to give her husband a chance when at times he becomes so caring and empathic towards her. Sikandar does not deserve Zainab’s love.

Nargis’s lover Farooq is back and he is trying to contact her but she clearly gives her cold shoulder telling him that she is now a married woman. Rakshi sends an elaborated message to Aslam on his phone telling him that how much she loves him but she has no courage to speak for her love and he says that she is sorry for her weakness. Unfortunately, Aslam’s phone is captured by Akram and he missed getting her message. Nargis tells Aslam that Rakshi is afraid of her father. Will Aslam ever going to realize why Rakshi could not speak for her love?

tweet
Share on FacebookShare on TwitterShare on PinterestShare on Reddit
Rameeza NasimApril 20, 2021
the authorRameeza Nasim
Rameeza Nasim, a Paralian, poet, passionate about poetry, drama and fiction. By giving drama critiques I feel like I am endorsing the writer's message to the audiences and also stressing on what Writers trying to say through his character portrayals and story, I love my job. Being a critic responsibility lies on my shoulders to point out the flaws and shortcomings of the play be it on writer's , performers or director's end . I did my Masters in English Literature and Linguistics and I earn my living through writing.
All posts byRameeza Nasim