The show is a love triangle that also encapsulates relevant themes of family politics, second marriages, and prejudices that destroy families. 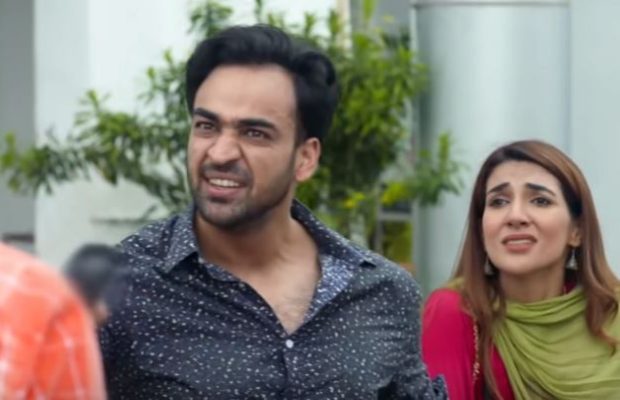 This week in Sila e Mohabbat, Rania begins to recuperate and gets back on her feet. Tabrez tries to be his normal self with Rania but it’s of no use. Rania wants Tabrez to divorce Alizay but he tells her she shouldn’t interfere in his matter. It’s his choice and he will do as he pleases. The truth is Tabrez has begun to develop feelings for Alizay but doesn’t know how to express himself. Tabrez’s parents want Tabrez and Rania to get married so the property issue can be settled.

Rania sees Tabrez and Alizay together while he is helping her out with her studies which further irks her. Alizay’s brother continues to have ill-will for her and refuses to forgive her. Tabrez’s mother grieves for Shahmir when she looks at his son. Akbar manipulates Tabrez’s parents into kicking Alizay out of their house so that he can take her away with him. He ends up kidnapping her and taking her to an unknown location. Tabrez learns that Alizay has been sent away and is heartbroken.

First aired on Hum TV three weeks ago and just like everything they do, it has soon acquired hit status thanks to its entertainment quotient and brilliant performances. The show is a love triangle that also encapsulates relevant themes of family politics, second marriages, and prejudices that destroy families.

Everyone is great in their roles but Noor Hassan as Tabrez is a fan favorite. Rabab Hashim continues to win hearts with her portrayal of Alizay.

What will happen in the next few episodes? Will Tabrez find Alizay? Will Akbar be punished for his sins? To find out, keep watching Sila-e-Mohabbat on weekdays, only on Hum TV.