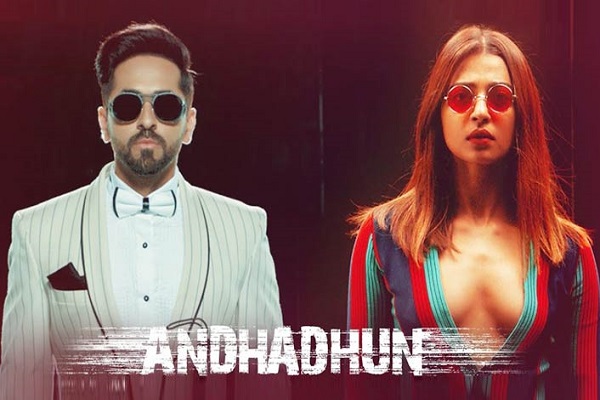 There is a particular Shahid Afridi shot. Every Pakistani cricket fan knows it. It’s an inevitable occurrence during Afridi’s stay at the crease. If he connects, it sails many a mile, but the agricultural nature of it, means he usually ended up missing it all together or simply getting elevation not distance. Me and my friends used to call it Andhadhun batting. The kind of shot which he played against Ravi Ashwin to just about clear the shot boundary in that Asia Cup win. Up to that point he had played a sensible game. But in that moment he decided it was worth going Andhadhun. Fortunately, in that moment he succeeded. It is hard to define that shot. Something just happens, for no apparent reason or for many conflicting reasons. You cannot categorize it.

This is how I felt after walking out of the cinema post Andhadhun. It left me in a lurch, until I got time out of my corporate slavery (on steroids these days) to watch it again. And I had more questions. It’s just that kind of the film. Modern technology has ensured that almost all trailers are slick and look brilliant. Most also tell the complete story with it. Andhadhun is a definite exception. The story you build in your head, with the trailer; is just not of any use once the film kicks off.

Talking about the film’s story will spoil it for you. So just a small synopsis of sorts. Ayushmann Khurrana as Akash is a blind pianist, looking for inspiration to complete his master piece. There is a Radhika Apte playing a small but vital role in the film of Sophie. Her dialogue in the trailer ‘kuch chezain adhori honay ke wajah se to pori hoti hai’ reflects what the film aims to achieve. Tabu, as the sultry Simmi, is destructive, and conniving. And there are a bunch of other key actors, coming to change the story on its head by their veiled and often unhinged motivations.