Just another not-so-perfect Eid film with song, dance and some humour 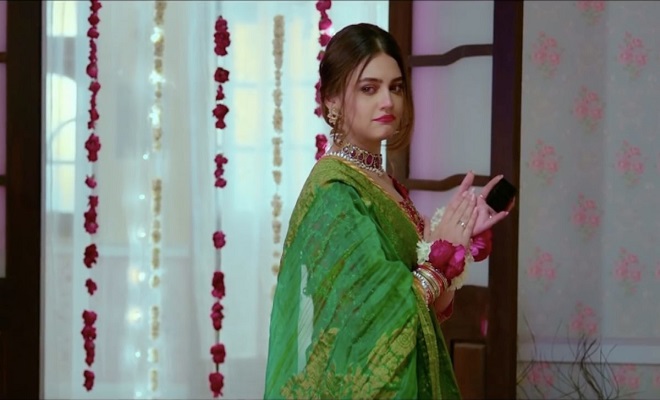 We have these formula films on Eid almost every year. Comedy of varying proportions, drama, romance, dance, zalim samjah and marriage, hallelujah!

We see it every year and we will continue to do for a foreseeable future. Yet there are ways to making that formula work. Nadeem Baig has mastered it, attaining numbers on the box office and still getting appreciation of the critics, generally. Director, Wajahat Rauf with his 3rd venture, Chhalawa has moved towards this format. His 1st two films could also be bracketed in a certain category.

How well does he make this shift? The story, you already know from the trailer. So let’s talk about what he gets right. The scale , for starters. It is as extravagant as it needed to be. The big colourful hawalis, the clothing (you cant tell the temperature by their clothing) and numerous dance sequences gave the director a chance to make it the very least visually appealing. The room of Zoya (Mehwish Hayat) or that of Sameer (Azfar Rehman) have been designed carefully. Even though, Sameer’s is shown for one shot only. A couple of songs are quite catchy as well.

Mehwish Hayat Starter Chalawa A Package of Wit and Emotions!

Wajahat Rauf gets the casting right too. Especially, Zara Noor Abbas (Haya) is perfect for this quirky, dreamy girl next door. Having earned her stripes on TV, she shines through in this ensemble cast. With some dialogues, she reminded me of her superstar aunt, which is always good thing. Her pairing with Luqman (Asad Siddiqui) made for an interesting dynamic. It felt more organic rather than staged. Perhaps the director could have given the duo more screen time. Mehwish Hayat, is the leading star in the film and she is adequate without being extra ordinary. This isn’t one of her best performance, the script doesn’t give her that much room anyway. Azfar Rehman also is just there without being outstanding. Mahmood Aslam as Chaudry Rafaqat also fit for the role he is playing.

There is Haroon (Aashir Wajahat), playing the only son in the Rafaqat family. He has been given an important role and to be fair, he performs well. He does provide an emotional cord, which was missing in other characters. So, his relationship with Haya and Zoya is endearing.  It gives a bond audience might connect to.

However, the script will take a lot of blame for the mere serviceability of the film. The attempt to merge comedy, romance and drama has not succeeded to put it mildly. The way different scenes have been pieced together make it look patchy. The story tellers have asked us to will on the lead duo, because they will commit suicide if they don’t get their way. We have seen this method hundreds of time and it is not easy to connect to these homogeneous characters.

The conflict with the father (Mahmood Aslam) is paper thin as well. On the face of it, he is a fun loving guy who cracks jokes, often poorly written one throughout the day. But marriage is for ‘apnay’ i.e. a cousin who is an animal, who roars when he sees women, is abusive and tries to kiss Zoya against her will. While, Sameer is well at least harmless individual, who follows Zoya wherever she leads him. The father’s choice is as odd as it sounds.

And lastly the worst bits of the film, the dialogues. The continued technology metaphors are just over bearing. The ones about hard disks, corrupted usbs, snap chat etc, most are simply pointless and unfunny. The idea perhaps was to create a connection with the younger generation but the language used is pretty 2000s. What might get a laugh some contextual jokes, which don’t feel forced.

To get around anticipated criticism about having an item song, the director uses the oldest trick in the book, alcohol. Or a suggestion of alcohol. We see Zoya, who is in process of running away from home, starting to dance around twenty lustful men. Like a lot of things in the film, it has been stuffed in because it is how this model works. What the scene, film or the character requires is pretty much ignored.

Nonetheless, given the lack of options on Eid (thanks to the ban on Indian movies), you could opt for this one. Go for the songs, dances sequences and a Zara Noor Abbas performance. Go because the director has already told us that sooner rather than “Chaudhry sahib Haya or Haroon ke khushiyan dekhien gay”, which means younger Wajahat’s on screen wedding. 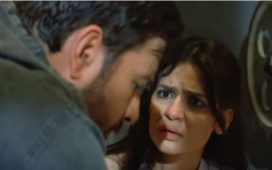 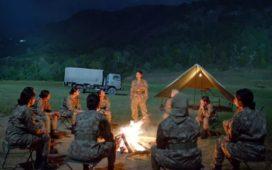 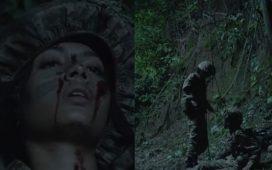