It’s an impressive, progressive film but remains within the bounds of general acceptability

Let me start by saying I have never been fascinated by super heroes or comic books, not even as a child. Truth really has been stranger than fiction. Hence, I have seen only a couple of superhero films, when my friends dragged me despite my reluctance. Black Panther was really the 2nd superhero movie (1st was one with the Joker, obviously) I watched on my own interest. Why? Because the hype of it being a progressive and intelligent film.

Teefa gets love and wishes from across the border too

So, I went it expecting a progressive film which challenges current stereotypes and norms. Well, I got 2 out of three right. It’s a progressive film, breaks stereotypes and it doesn’t shatter any norms. Rather, in a way it pushes for conformity and status co. It’s been a couple of weeks, I spoilers don’t really matter. So here goes, in the backdrop of Rwanda and now Syria it is essentially a ridiculous that a United Nations platform is a liberator for all blacks around the globe. It sits uneasy with the whole idea of the film.

Yes, it’s remarkable and worth celebrating having an almost all black casts, a place where blacks are way ahead of, well other parts of the world. Here, the black-men or women are the saviours, even of CIA white boys. But the idea to keep it all hidden, is essentially regressive. Refugees bring their own problems it claimed. The hero of the film or at least his father didn’t see ‘his kind’ as one. While the villain ‘Kill-monger’ wants to share it with the world to save his kind. Well, yes there is personal vendetta and self-serving aims in disguise too. But the little kid who was ‘radicalized’ in streets of the US, must have greater empathy for those suffering across the world.

Nevertheless, for someone who doesn’t always enjoy superhero movies, Black Panther, kept me engaged with its ideas. I kept wondering what each step represented in the larger scheme of the things, especially in today’s divisive environment. UN in the environment is fairly ineffective and to show them as the liberator is a fairly posh idea of revolution or evolution looks like. 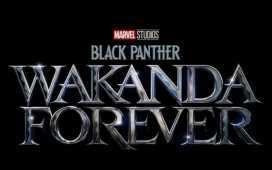 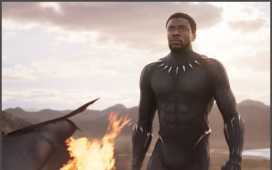 Black Panther 2: Marvel Will Not Use Digital Double for Chadwick Boseman