Noor, 27, was found murdered at a residence in Islamabad's upscale Sector F-7/4 on July 20. 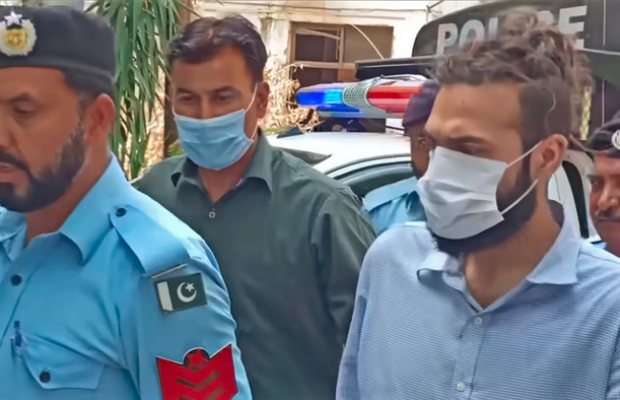 The court indicts all 12 accused including the main accused Zahir Jaffer in the Noor Mukadam murder case on Wednesday.

While the accused have pleaded not guilty.

Additional Sessions Judge Ata Rabbani heard the case in the District and Sessions Court of Islamabad. Meanwhile, the main accused Zahir Jaffer, and other accused were produced.

The six accused, including the main accused, were produced before the Islamabad court from Adiala Jail, while the six accused on bail therapy work also appeared in person on court notices. Rizwan Abbasi, counsel for the accused, said that there was no evidence against Zakir Jaffer to charge him.

During the arguments, the main accused Zahir Jaffar repeatedly tried to intervene and addressing Rizwan Abbasi said how can they fight my case.

However, lawyer Rizwan Abbasi said that I am not the lawyer of this young man and it is bothering me again and again. Accused Zakir Jaffer filed a petition to stay the proceedings.

His lawyer, Rizwan Abbasi, argued that the evidence presented in court did not relate to Zakir Jaffer, so an indictment could not be issued based on that evidence. On this occasion, the lawyer of Shaukat Muqaddam said that the evidence can be reviewed in the trial, the accused is not being sentenced. He asked the court to reject the plea of ​​the accused and charge him.

During the arguments, Zahir Jaffar once again intervened and pointed to the therapy workers and said that these servants had entered my house, my life was in danger and they were referring to my property. Don’t talk about my property here. Noor Muqaddam was my friend so why are you interfering, Noor wanted to be a victim and offered herself as a victim.

In the courtroom, Zahir Jaffer pleaded in front of Shaukat Muqaddam, father of the slain Noor Muqaddam, and apologized and said that my life is in danger, have mercy on me. Meanwhile, accused Zahir Jaffer also requested the court to allow him to make repeated phone calls.

During the hearing, accused Iftikhar, an employee of Zahir Jaffar, cried in the courtroom and said that Noor had been coming to the house for two years and I did not know that it would happen.

Noor, 27, was found murdered at a residence in Islamabad’s upscale Sector F-7/4 on July 20.