The SC, however, rejected the bail plea of Zahir's father, Zakir Jaffer and disposed of his petition. 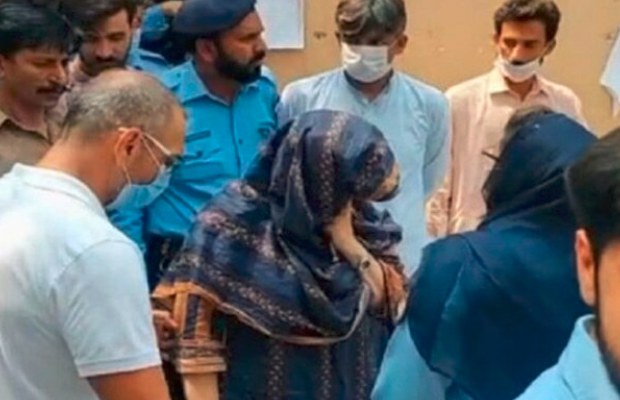 The Supreme Court on Monday granted bail to Asmat Adamjee, the mother of Zahir Jaffer in the Noor Mukadam murder case, against a surety bond of Rs1 million while hearing a plea filed by Adamjee seeking her release.

While the apex court rejected the bail plea of  Zahir’s father, Zakir Jaffer, and disposed of his petition.

A three-member bench of the apex court, headed by Justice Umar Ata Bandial, heard the bail petitions filed by the parents of Zahir Jaffer.

The top court remarked that the role of Zahir’s mother in the case was “secondary” and accepted her bail.

Justice Umar Ata Bandial said that apparently there was no evidence of Adamjee’s involvement in the crime.

Justice Bandial asked the authorities to determine why Therapyworks employees were called to the scene of the murder instead of police.

On the other hand, SC also rejected the request made by Khawaja Haris, the counsel for the suspects, to suspend the Islamabad High Court’s (IHC) decision of completing a trial in the case in two months.

Zahir’s parents had filed separate petitions for bail in the apex court on Oct 6, a week after the Islamabad High Court had rejected their bail pleas and ordered authorities to keep them in detention until the completion of the trial.