Afridi’s bowling form a major plus for the Sultans 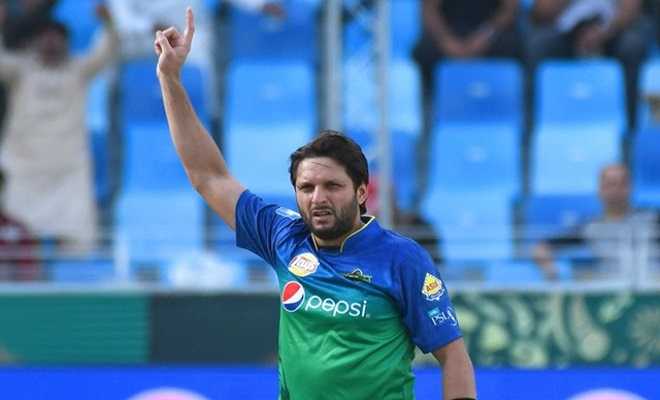 Well, I hear the argument. It’s just Lahore Qalandars. When this team plays, they are fighting their own instincts and five years of trauma as much as they are trying to outdo the opposition. This is all valid. Multan Sultans as delighted as they would be with the points would be acutely aware that stiffer challenges await them.

Yet, there was one thing that would have pleased them a lot. The bowling form of the ageless (well at times), Shahid Khan Afridi. Perennially unrated as a leg spinner, when his ball drifts, he becomes lethal. The 2009 World T20 semi-final and the final come to mind. Yesterday’s four overs for 25, doesn’t look too ominous. Yet, it was the way he bowled and the purchase he was able to get from the wicket that was heartening. Especially if you are a Sultans fan. A CricViz graph showcased Afridi’s ability to get the drift at high speeds. He is well ahead of all other leg spinners.

Central to Shahid Afridi’s brilliance is his ability to find huge drift through the air while bowling at very high speeds, as illustrated by this scatter graph. #HBLPSLV pic.twitter.com/POUOshSXRS

The much-discussed tactical and data-based approach by the team was also highlighted by CricViz’s team. Afridi and Imran Tahir bowled to Mohammad Hafeez in tandem. In the HBLPSL, Hafeez’s run rate against leg-spin is 5.70. Eventually, he gave away his wicket to Imran Tahir. Turning the screw further.

Oh, also there was Moeen Ali. The marquee signing changed the game for Multan. Bagging Chris Lynn and Fakhar Zaman, he turned the game on its head. With the bat as well, Moeen Ali looked a class apart. The run-out was unfortunate, but it didn’t cost the team a whole lot.

Multan has four more matches in Lahore. So is the final and both eliminators. Opposition teams would definitely be wary of the triple spin threat. With a superb bowling performance yesterday, Sultans have laid down the marker early.