48-year-old Bollywood star, Malaika has been recently in the news after reports of her breakup with boyfriend Arjun Kapoor 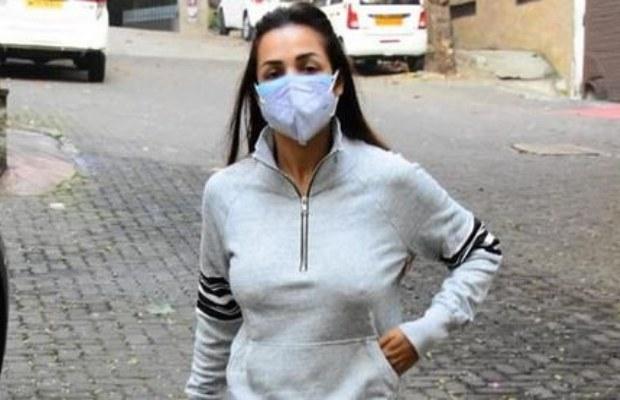 Malaika Arora grabs many eyeballs for stepping out boldly Bra-less on a dog walk!

As the 48-year-old Bollywood star, Malaika has been recently in the news after reports of her breakup with boyfriend Arjun Kapoor emerged on social media.

Reports had surfaced claiming that all was not well between the couple and that they decided to part ways after being in a relationship for reportedly over four years.

However, as she stepped out to enjoy some quality time with her beloved dog, and as usual was caught on camera off guard by a paparazzi.

The images of Malika wearing a pair of grey tracks and a sweatshirt were instantly shared on social media.

What she had opted for her comfortable look, stepping out braless in public had caught many eyeballs!

Reportedly, Malika took her pet dog, Casper, on a walk around her neighborhood in Mumbai on Wednesday morning.