“Khabib Nurmagomedov best ever #UFC,” wrote Hemsworth alongside a picture of the Russian who quit sports due to his father’s death. 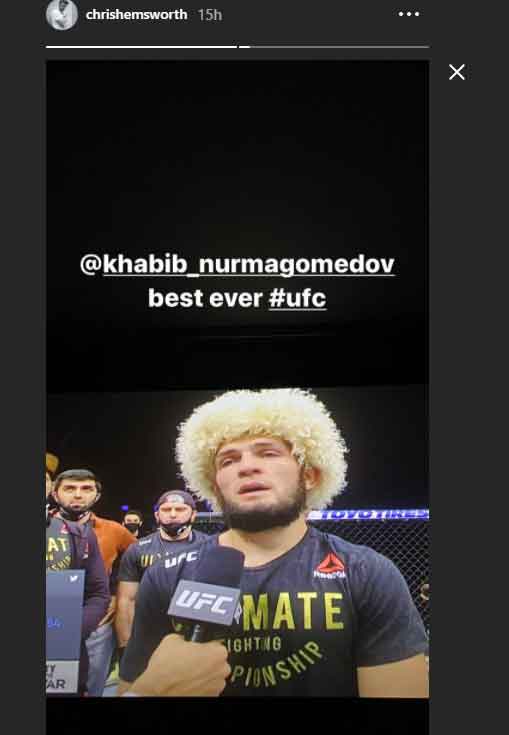 “Today I want to say this is my last fight. No way am I coming here without my father. When UFC comes to me about Justin I spoke with my mother for three days. She didn´t want me to fight without father and I said this is my last fight – and I have given her my word,” said the champion after the fight.

Khabib’s father and coach Abdulmanap Nurmagomedov passed away in July due to complications of Covid-19. This was Khabib’s second fight after his father’s demise, which he announced as the last.

The wrestler’s decision obviously came as a shock and fans took to social media to express their disbelief.