OY Exclusive: Gohar Rasheed talks about the evolution of Makkha Natt in The Legend Of Maula Jatt

"Regardless of whatever controversies are happening, it has and will not inshaAllah, affect the release of the film," Gohar 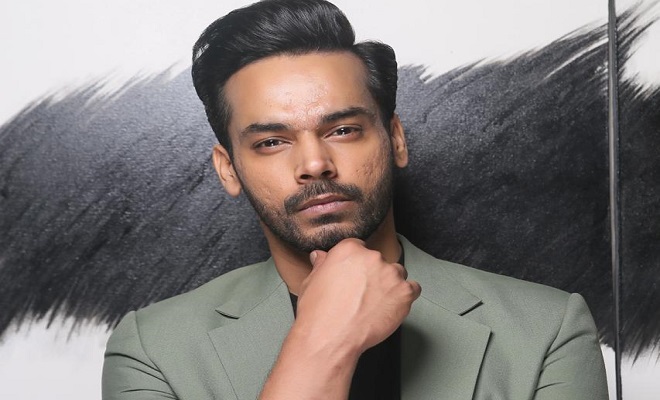 When it comes to defining versatility as an actor, there is one name that personifies it, rather aptly. Gohar Rasheed. We refer to him as an actor par excellence because that’s what he brings to our screens. With his unique take on whatever role is assigned to him, every time Gohar Rasheed brings something new for his audience.

Gohar Rasheed made his debut into the new age Pakistani cinema with Seedlings and went on to being nominated in New York City International Film Festival for it. He then did Rangreza, and while the film didn’t do well on the box office, Gohar as Waseem Wallay, impressed not only the audience but the critics too. Each review that came out for Rangreza, praised Gohar’s potential as an actor, his seriousness for his role and the magic he created on the screen. 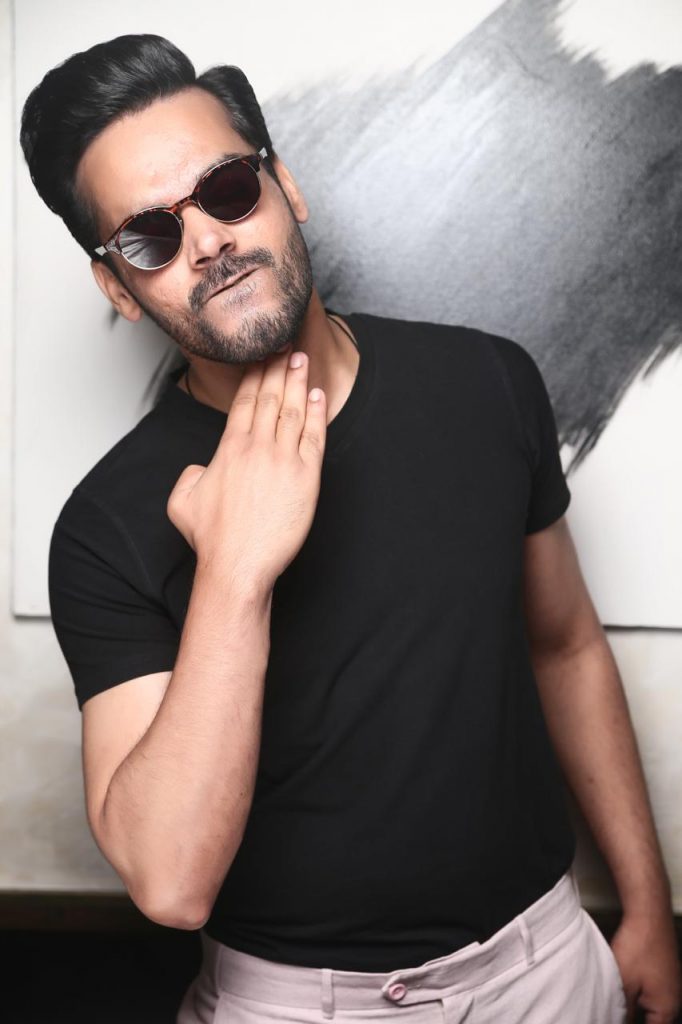 Here’s what the actor shared with us:

Q: Maula Jatt is cult classic. Was it importance to keep the essence or the spirit of the original film?

Gohar: Yes absolutely, Maula Jutt is a cult classic, the only mainstream cult classic that Pakistani film industry has, like Godfather and  Sholay. It’s getting reinvented with the legend of the Maula Jutt, this Eid-ul-Fitr. It’s a huge responsibility, towards the progress of our Pakistani cinema. Secondly, keeping the essence and spirit of the original film…well, as I’ve said earlier, it has been re-invented. I haven’t used the term remake. You might have seen the trailer. With the trailer, you can tell the treatment, the colour, everything is so different, so unique from the previous one.

Naturally, yes, we are in a different time, and technology has advanced a lot. Once you get to see the whole film, you will see even the narrative has completely changed a lot. Yes, there are slight bits and pieces that have been taken from the previous one. Overall, the film is a new day, a new approach to the cult classic I’d say, the Legend of the Maula Jutt.

The reason why we have kept the bits and pieces, is because everybody is very familiar with the film. The makers, especially Bilal Lashari, the writer, wanted to have that generation resonate with this film. Keeping the little essence of the original was kind of important. They wanted the previous generation to be able to resonate with this one. That was the idea, because of which they kept the slight essence and spirit of the film.

Q: The look of the film was praised a lot. But how do you ensure that the story and the characters remain the focus?

Gohar: Thank you so much, for all the feedback after the release of the first look, everyone! It has taken a lot of hard work. So, this really means a lot. It all starts, like I’ve said with Bilal Lashari, who is responsible for the screenplay and is the writer of the film, as well. He’s the one who came up with the idea of having a new take on the classic of Maula Jutt. He sat on the idea, and worked on the script, for a good three years. From screenplay, to the dialogues, to the script writing, to the story art, to the character arcs, everything with Nasir Adeeb Dipu, who happens to be the writer of the original Maula jutt, he even won the Sitara e Imtiaz for it just recently. They both sat down, and worked on the script for three years! Even after that, since Bilal is such a perfectionist, and doesn’t want to leave any stone unturned, when the cast came on board, he was open to new ideas. That’s what I think is the beauty of team work, and that’s what you call a true captain of the ship, that he allows his team members, his cast to contribute to the script. We all give our contribution to the script, and yes, the final call was of the director, but yes, he was very much open to it, and that’s the beauty of it.

My character…I absolutely love my character – its arc, its purpose, its drive…everything. It was so clear to me, since day one, when Billy asked me to do this character. And I asked, what does this character do? I never watched the original Maula Jutt, So, the arc of the character, the way he told me the story, the way the character is such an integral part of the story, it was very clear to me, that it was great and I wanted to stay on board. Having said that, Billy and Nasir Adeeb Sahb have sat on the story for three years…then, the second reason, by which I can tell you through which we were so sure of the arc of the story, and the focus on the narrative, is the cast.

Just look at the cast (laughs) – these are the guys, who just don’t go for anything that is incomplete, or below standards. Look at Fawad bhai, look at Hamza, and Mahira and Humaima. Kudos to Billy and Ammara, the producer, for being very patient with the questions of the cast. We had so many questions! So, you can see, all of us are very much on board. That itself is the testimony of the fact that there is much in the story, more than the look and feel. That’s why Ammara, the producer, and Bilal Lashari have invested so much in the story five years of his life in this movie. The writing, the arc, the story is very intriguing, very gripping. I’m personally, being part of the product, really looking forward to it.

Q. Considering you’ve always worked on your looks for your characters,  did u have a special getup for Maula Jatt as well?

Gohar: Yes, I’ve worked on my look. Yes, there was an option, since Bilal wanted a certain look for this character, Maakha Natt, and since I was part of this since the idea originated, so I had an ample amount of time to grow my hair. Personally, I didn’t want to go with the prosthetics. That’s my absolutely choice, because I’m that type of actor who doesn’t like to work under the pressure that I have a prosthetic on, or on my face, until or unless that is the requirement.

Until and unless it isn’t in my power to humanly achieve that look, then I’d go for it. Since I had the time, I grew my hair (and kept it for another good two years). Other than that, I had another idea, and when I discussed it with Billy, he got really excited and even Ammara was all like, “Let’s do it! Let’s do it!” and that is, the golden tooth. Other than that, the long hair, clean-shaved, and scars, I already have. That was just the added advantage. I had to grow my hair, and for a person like me, it was very difficult to maintain. Yes, I had to learn a little bit of sword-fighting. Ian, who came in for that from L.A for that – learnt the choreography from them, and the sword fighting, too. But the get up, I prepped before hand, and kept it real.

Q. There has been some controversy over rights of the film. What is the status with regards to court right now?

Gohar: The status is very much clear, right it in caps lock, the film, Maula Jutt, is releasing this Eid-ul-Fitr 2019. Regardless of whatever controversies are happening, it has and will not inshaAllah, affect the release of the film. Just ignore the rumours and all the controversies, and all the things that are happening in the back-end. That is just the social media drama that has been created by the other party. That is all I can say. But the film is definitely, inshaAlllah releasing this Eid-ul-Fitr.

Visual effects or CGI look tremendous in the film. Did u have to shoot for sequences that were hard?

A very honest opinion, the whole film was a very excruciating and exhausting experience, apart from some great memories and some great experiences that we had. The external influences very much played a very integral part. For e.g: we have a set all ready, and it starts to rain, or the burning heat of Punjab, and you’re shooting in it. Yes, the shooting was fun, and as fun as it was, it was tough. A film like this magnitude, this caliber, hasn’t been done yet in Pakistan. Considering that we worked with Bilal Lashari, who doesn’t even know the word compromise (laughs), we all found ourselves in the headspace that we gave our 100 percent, and there was no getting away from it.

The whole experience, the prep, while shooting and even post, is something I will cherish for the rest of my life, because it’s very unusual. You don’t get to make a film like this quite often. And yes, all your friends coming together in one film, was like an absolute cherry on top. The C.G.I, and the effects were all done in L.A, in the same studio as Venom. The whole experience was a complete story. I can’t think up of one story seperately. The C.G.I and the effects – yes there are a couple of scenes, some in the trailer as well. So, just hold your horses till then.

Q. A bit about your character and its story

Gohar: The name of my character is Maakha Natt (laughs and spells it). Maakha Natt is the youngest member of the Natt clan. I’m playing the youngest sibling to Humaima, and Hamza. Ammara liked to say the naughty Natt, and that’s also becoming a hashtag. He’s a little naughty, a little spoilt, just like the younger ones are in the family. He has his own surprises, being unpredictable. I can’t really reveal much, but, that he is unpredictable. So, you may predict something, and Maakha Natt will be 100 percent the exact opposite. Maakha Natt, the younger brother to Noori Naat, and Daro Natt, is quite a brat, and that’s why Ammara liked to call him, #thenaughtyNaat. I can’t reveal more. My lips are sealed by the producers and by the legal clause of the film. This is the maximum I can tell.