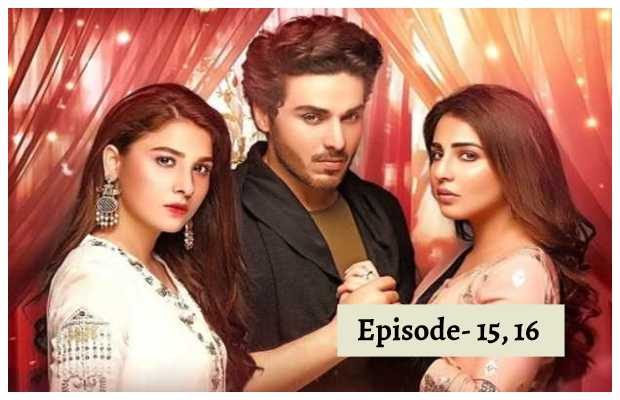 Bandhay Ek Dour Se the drama serial running at GEO Entertainment is a light heart romantic comedy that is now turned into an intense serial . But the story is unnecessarily dragged. In the last 3 or 4 Episodes, the story of the play has not moved a bit. Omar and Roshini are secretly meeting each other and poor Maheen is silently suffering all this, getting hurt, and helping them out in their meeting. Performances were on spot.

Roshini is getting more and more disgusting and vile, she is deliberately after Omar knowing that he is now married to her best friend, she not only meets him secretly but she also tries her best to make Maheen bad in Omar’s eyes. She is continuously feeding Omar against Maheen and Omar, not for a single second realizes that Maheen is also a woman and how he badly crushes her feelings, she is now his wife so how come he expects her to help him in getting along with Roshini.

Roshini on the other hand is so mean and cunning that she spares poor Maheen, not for a single moment. Even if she is caught for her own mistake she starts blaming Maheen in front of Omar that it is she who has deliberately made her caught in front of her mother. Roshini wants to marry Omar. Omar’s mother and Dadi’s scenes are our most favorite ones but the ones where Omar’s mother is cursing her eldest daughter in law for being childless is bad taste.

Poor Maheen is silently suffering all this for Omar but why cannot she simply take her Bhabi or her mother into confidence and tell them about the pain she is going through like the way Omar has shared all his problems with his brother. It is such a torture to see poor Maheen hurting like that and to see that cunning Roshini triumphing over.

Omar is so mean that he takes Maheen to movies with Roshini, not for a single second he is realizing her feelings. Maheen is so sick but still, he takes her to the movie and there Bhai and bhabi catch Omar with Roshini but it is only Bhabi who sees a glimpse of Omar and Roshini but she is sure that Omar is not with Maheen and furthermore the couple sees Maheen sitting alone on a table. When Omar’s brother inquires him about the movie and who is with him? Omar tries his best to cover himself but Omar’s brother should have snubbed him more and should not let it go.

Please drama makers pace up the story we are getting bored!