Fitrat: A Gripping Story that Ended on a High Note

The last episode recieved more than 2.5 million views on YouTube in just 15 hours. 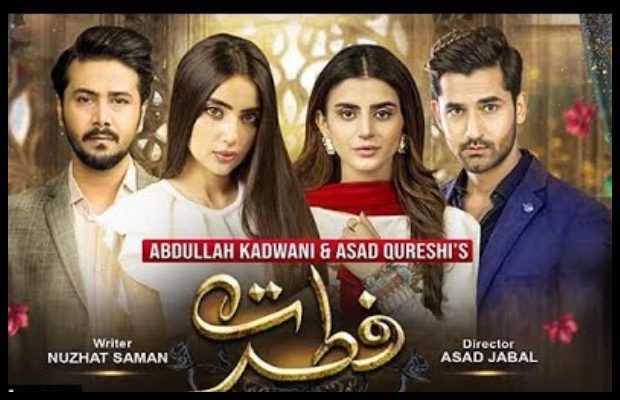 Popular and much-watched drama serial ‘Fitrat’ bid adieu to its viewers last night, bringing an end to an intriguing journey. Produced by the ace producers Abdullah Kadwani and Asad Qureshi, penned down by Nuzhat Saman, and directed by Asad Jabbal, the story revolving around a materialistic girl had us addicted for the past three months. Starring Saboor Aly, Zubab Rana, Mirza Zain Baig, and Ali Abbas in the lead roles, Fitrat led TRP charts week after week and drew praises from all corners.

The plot of ‘Fitrat’ mainly revolved around Fariya (Saboor Aly), a materialistic and selfish girl, who never valued the loving relationships she had and made in life. Her evil mind looked for every possible chance and shortcuts to make money, while not caring about the consequences of it. For this purpose, she first marries Shahbaz (Ali Abbas), a rich businessman but does not stay sincere to him, so he divorces him. Later, she gets married to Shahbaz’s brother Arbaz (Mirza Zain Baig) and makes the life of both brothers hell.

On the other hand, Fairya’s sister Rafia (Zubab Rana) and brother Haris believed in hard work and honesty and climbed the ladder of success by dedicating their energies to their education and hard work. So many events happen during the course of the story that had us invested in the show and made it an interesting drama to tune to every day at 9 PM.

While it brought a happy ending for many including Rafia, Arbaz, Alizey, Haris, Maliha, Shahbaz and their family, Fariya and Khalid reaped what they sowed. The audience, however, also wanted to see Bilal punished for what he did, which was something that was missing. Nevertheless, it was a much-awaited end to a drama that had us hooked since its beginning with some commendable performances and an interesting storyline.

Like many other serials by Abdullah Kadwani and Asad Qureshi led 7th Sky Entertainment, ‘Fitrat’ also ended on a high, with more than 2.5 million views on YouTube in just 15 hours. The duo producers deserve appreciation for bringing to us such quality entertainment and family dramas. ‘Fitrat’ has added another feather to their cap and from the OST to the acting performances, everything was spot on, and the duo deserves appreciation for outdoing themselves. The new season of dramas by 7th Sky Entertainment also has a promising look so here is hoping that we will continue to be entertained by the duo with these new serials.