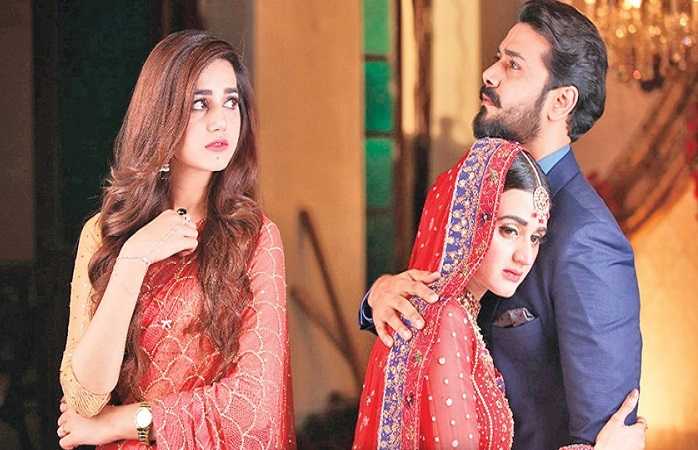 One of the most riveting dramas of Geo TV these days is Mera Khuda Janay. Written by Samina Ejaz and directed by Zeeshan Ahmed, the serial is produced by Abdullah Kadwani and Asad Qureshi under the flagship of 7th Sky Entertainment. The production house is known for some of its very famous dramas like Meri Zaat Zara-e-Benishan, Tum Kon Piya, and Khaani.

Featuring the bubbly Hira Mani, the hardcore Ali Abbas, the very versatile Aly Khan and the adorable Anum Fayyaz in lead roles, this saga is about marriage, childlessness, rape and second chances. Roohi, who is the beloved wife of Waleed, is unable to produce children even after 6 years of marriage. Waleed’s mother, played by actress Nida Mumtaz, decides to marry him again, in hopes of acquiring a heir.

This is what leads to a series of event that ruins almost everyone’s life. Roohi gets raped by Waleed’s cousin Shafiq and becomes pregnant (obviously!) Instead of confiding in her husband, Roohi stays quiet, while praying to God for mercy. We also see that Shafiq’s sister Iqra, gets divorced by Salman, whil e his wife Shahana, is kicked out of the house by his mother (because Salman was her brother).

This episode started with the shock of how Iqra got divorced. Everything became chaotic as Iqra and her mother, played by Rabia Noreen, start blaming Waleed’s mother for getting them in this tragedy. Iqra blames her phuppo for not only ruining her life by getting her married to Salman but also because she did not let her be married to Waleed.

Things get even worse when Waleed and Roohi arrive to sympathize with the family. There is a huge shouting match and Waleed takes Roohi back home, angry and disappointed by his mumani and cousin’s behavior. On the other hand, Shahana and her mother are very upset with the turn of events and they cut off all ties with Salman, who tries to explain his situation to no avail. Shafiq, although worried about his mother and sister, promises that he will not divorce Shahana.

When Waleed visits Iqra the next day, she angrily tells him how she still feels betrayed by him not marrying her and will forever hate Roohi for stealing him away. Waleed becomes extremely frustrated and tells her he is glad he did not accept her as her attitude would have driven him insane. This maddens Iqra to the point where she runs to the kitchen and cuts her wrist trying to kill herself off. She is taken to the hospital in emergency and saved.

Other than the fact that Iqra tries to commit suicide nothing much happens in the drama. The slowing of the pace is probably in order to let the audience experience the pain Iqra is going through. It also depicts how considerate Waleed, his mother and Roohi are, while Iqra and her mother are unable to forgive them for everything that has happened in their lives.

Only the next episode will tell us how this tale currently sad tale will progress.