The 72nd Emmy Awards were held virtually on Sunday for the first time in history. 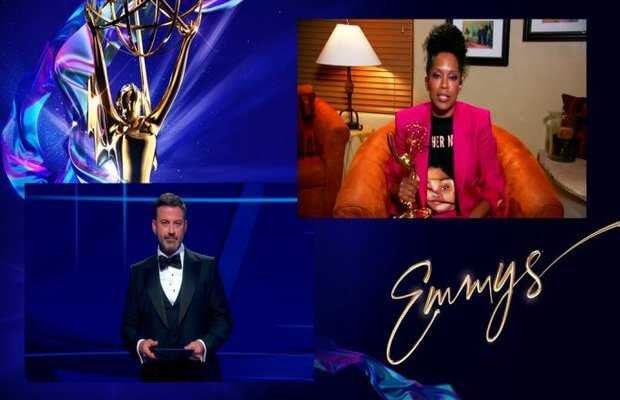 This year’s Primetime Emmy Awards, which honor the best in television, were presented on Sunday.

Like the rest of the world, this year’s ceremony was also impacted by the COVID-19 pandemic and for the first time in history made The 72nd Emmy Awards go virtual.

The event was hosted by Jimmy Kimmel from the Staples Center arena in Los Angeles, California.

HBO turned out to be the star of the night as it ended Emmy season with 30 wins, while Netflix grabbed  21 awards.

HBO’s drama “Watchmen” won best limited series at the Emmys 2020, marking the first time a comic-book adaptation to bag a top prize at the annual celebration of television’s best work. The show won 11 Emmys in total. It went into the ceremony with 26 nominations.

Outstanding lead actor in a limited series or TV movie

Outstanding lead actress in a limited series or TV movie

Supporting Actor in a Limited Series or Movie

Supporting Actress in a Limited Series or Movie

Supporting Actor in a Comedy Series

Supporting Actress in a Comedy Series

Supporting Actor in a Drama Series

Supporting Actress in a Drama Series

“Curb Your Enthusiasm”
“Dead to Me”
“The Good Place”
“Insecure”
“The Kominsky Method”
“The Marvelous Mrs. Maisel”
“Schitt’s Creek” *WINNER
“What We Do in the Shadows”

“Better Call Saul”
“The Crown”
“The Handmaid’s Tale”
“Killing Eve”
“The Mandalorian”
“Ozark”
“Stranger Things”
“Succession” *WINNER
tweet
Share on FacebookShare on TwitterShare on PinterestShare on Reddit
the authorSaman Siddiqui
Saman Siddiqui, A freelance journalist with a Master’s Degree in Mass Communication and MS in Peace and Conflict Studies. Associated with the media industry since 2006. Experience in various capacities including Program Host, Researcher, News Producer, Documentary Making, Voice Over, Content Writing Copy Editing, and Blogging, and currently associated with OyeYeah since 2018, working as an Editor.
All posts bySaman Siddiqui