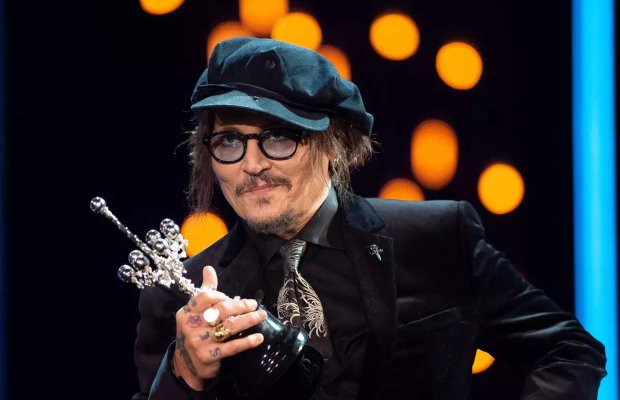 Johnny Depp says ‘cancel culture is out of hand’ and claimed that “no one is safe” from it during a lengthy diatribe at  Spain’s 69th San Sebastian Film Festival.

Depp who was at the festival to receive the honorary Donostia Award shared his thoughts on the cancel culture at the event.

Speaking at the press conference he confessed he was “worried” his appearance at the festival “would offend people”.

The Hollywood star said: “It’s so far out of hand now that I can promise you that no one is safe. Not one of you. No one out that door. No one is safe.”

“It can be seen as an event in history that lasted for however long it lasted, this cancel culture, this instant rush to judgment based on what essentially amounts to polluted air.”

The actor added: “It takes one sentence and there’s no more ground, the carpet has been pulled. It’s not just me that this has happened to, it’s happened to a lot of people. This type of thing has happened to women, men. Sadly at a certain point, they begin to think that it’s normal. Or that it’s them. When it’s not.”

Depp who  is still pursuing a libel lawsuit against his ex-wife, Amber Heard, in the US, after losing in the UK, also reiterated his innocence against any claims: “I haven’t done anything, I just make movies.”

The actor had to step down last year from his role as Gellert Grindelwald in the Fantastic Beasts franchise after losing a domestic assault-related libel lawsuit.