The fourth sequel of the franchise, The Matrix Resurrections is slated to hit the theaters and on HBO Max Dec 22. 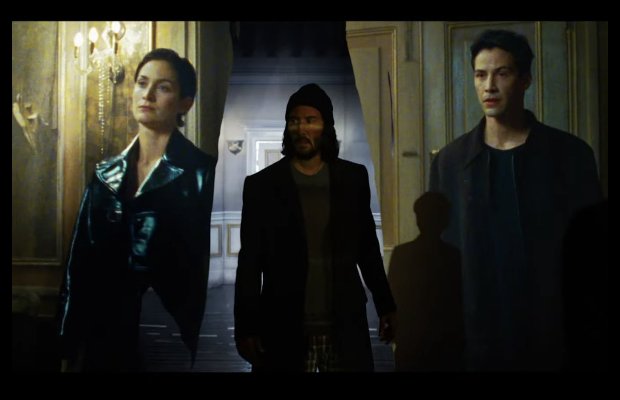 The Matrix Resurrections power-packed new trailer hints at Neo revisiting the past!

18 years after the third “Matrix” film, the whole gang is back together. However, the film’s “plot is currently unknown,” as per the film’s official IMDb page.

The new trailer gives a glimpse at the signature scenes of Wachowski-helmed action, soundtracked by the propulsive beat, and “FEED YOUR HEAD!” refrain, of Jefferson Airplane’s trippy, acid-dipped 1967 hit “White Rabbit.”

The new trailer racked up more than 2.2. million views within an hour.

A new clip for The Matrix Resurrections was also unveiled at The Game Awards on Thursday.

The clip reveals, Keanu Reeves aka Neo, and a blue-haired character played by Jessica Henwick walk through a door that leads them to board a train heading to Tokyo. Showing Neo struggling to recall his memory.

Other than Reeves, 57,  the film will see the leading lady Carrie-Anne Moss, 54, once again in action playing Trinity, and Yahya Abdul-Mateen II.

The Matrix Resurrections is slated to hit the theaters and on HBO Max Dec 22.