The new prices of petroleum products will be effective from today, October 16. 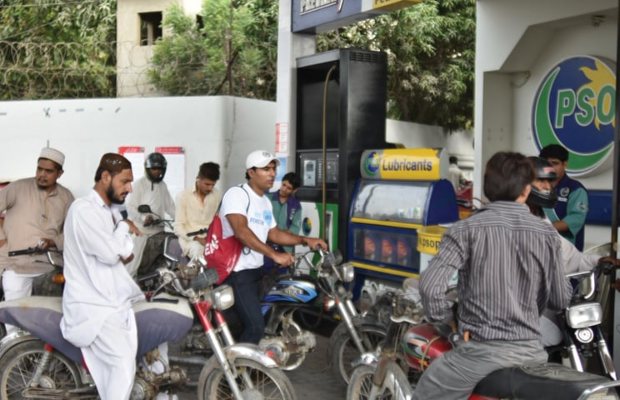 The federal government has announced a massive hike in the price of petroleum products for the remaining fifteen days of October.

The new prices of petroleum products will be effective from today, October 16.

This time the official notification was issued on the morning of the day when new prices are to be applicable however as per the usual practice in the past, an increase in petroleum products is announced fortnight.

The notification issued by the finance ministry stated: “At present, oil prices have risen around $85 a barrel (Global Benchmark Brent) highest since October 2018.”

The entire energy chain prices have witnessed a strong surge in the past couple of months due to higher demand for energy spots and supply bottlenecks, it further added.

the ministry further added that in the current scenario, the government has absorbed the pressure and provided maximum relief to consumers by keeping Petroleum Levy and Sales Tax to a minimum. Therefore, prices worked out by OGRA have been approved. 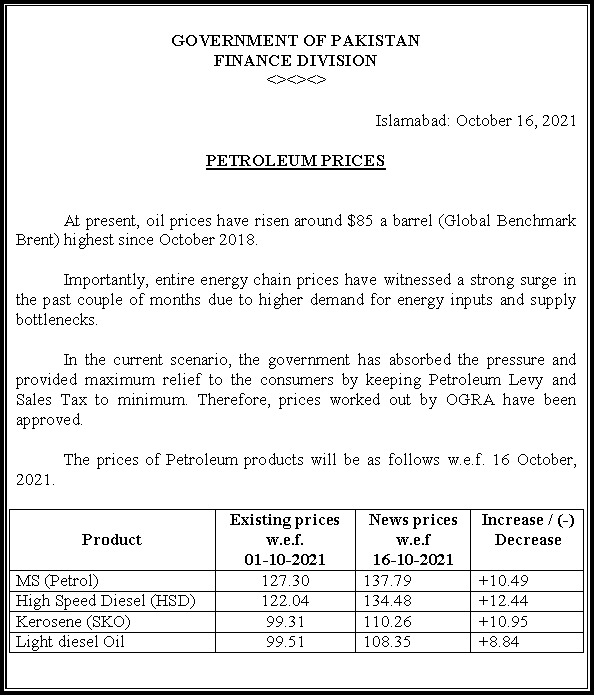 Earlier on Thursday, the Oil and Gas Regulatory Authority (OGRA) had sent a summary to Prime Minister Imran Khan for an upward revision in the prices of petroleum products.

A copy of the summary, which was shared with the media, recommended an increase of Rs5.9 and Rs10 in the prices of petrol and High-Speed Diesel, respectively.

The prime minister, however, approved an increase of up to Rs12.49.