Greta Thunberg is Time’s 2019 Person of the Year

Trump mocks Greta Thunberg for being nominated Times's Person of the Year. 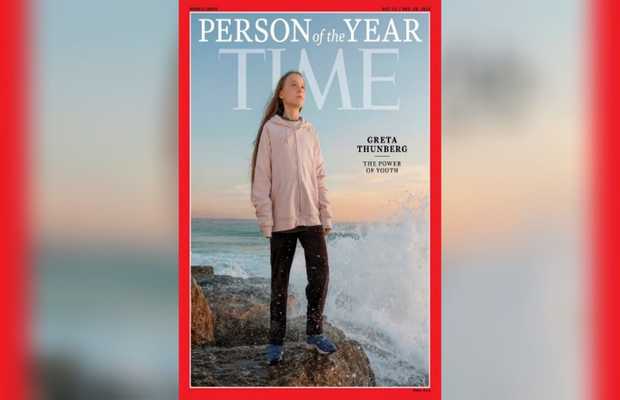 Time Magazine has named the Swedish teenager activist Greta Thunberg, its Person of the Year.

Greta became the voice of a generation who is facing the climate change emergency. She was unknown to the world until she launched a solo strike against global warming in mid-2018.

Ever since then, the 16-year-old has become an inspiration for millions around the world, resulting in a worldwide movement.

Upon the recent Time Magazine’s announcement, Greta has shared her reaction on social media.

The activist for the environment tweeted after the announcement–which came as she pressed her call for action at a high-stakes UN climate gathering in Madrid. saying, “Wow, this is unbelievable! I share this great honour with everyone in the #FridaysForFuture movement and climate activists everywhere”.

Wow, this is unbelievable! I share this great honour with everyone in the #FridaysForFuture movement and climate activists everywhere. #climatestrike https://t.co/2t2JyA6AnM pic.twitter.com/u4JUD4cgCz

On this recent development, US President Donald Trump took to twitter mocking the 16-year-old. He wrote, “So ridiculous. Greta must work on her Anger Management problem, then go to a good old fashioned movie with a friend! Chill Greta, Chill!”.

As soon as this Tweet was shared, Greta changed her Twitter bio, in response to Trump’s comments, and the world can’t stop lauding her.

LOL, Trump can’t stand that Greta Thunberg is Time’s Person of the Year. And then she totally trolls him by changing her Twitter profile text! https://t.co/GYnmmFXA1N pic.twitter.com/YE3EGviApd

Once again, Greta Thunberg trolls Trump like a fucking BOSS, taking his childish taunts and making them her twitter bio. 🔥🔥🔥🔥 #Winning pic.twitter.com/oI8weR5xP9