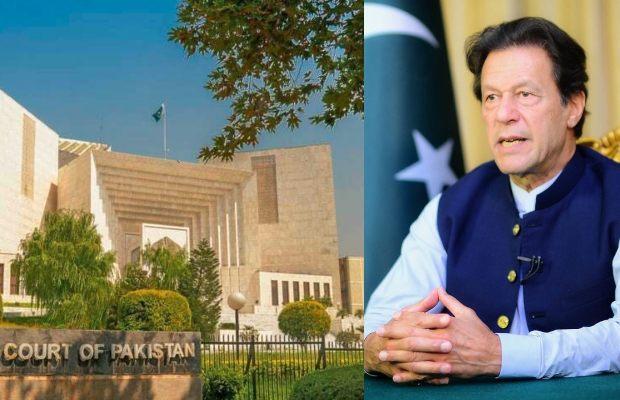 The next stop is Supreme Court after the current situation in wake of the rejection of the No-Confidence Motion against PM Imran Khan on Sunday.

The Supreme Court has taken notice of the current political situation in the country.

He said that more details regarding the notice of the Supreme Court would be informed later.

Chief Justice of Pakistan (CJP) Umar Ata Bandial Sunday took suo motu notice of the situation arising out of political mayhem in Islamabad following rejected of the no-confidence motion against the prime minister and the dissolution of the National Assembly on Imran Khan’s advice.

As being reported, the chief justice earlier in the day summoned senior judges to his residence at Judges Colony for consultation in the wake of the annulment of the no-confidence motion.

A brief summary of Sunday’s development in Pakistan Politics:

Pakistan’s political situation is in apparent turmoil after the President of Pakistan, Dr. Arif Alvi, approved the advice of the Prime Minister of Pakistan to dissolve the National Assembly under Article 58 (1) read with Article 48(1) of the Constitution of the Islamic Republic of Pakistan.

National Assembly Deputy Speaker Qasim Khan Suri dismissed the no-confidence motion in the most crucial session of the parliament, terming it unconstitutional, and wrapped up the NA session within minutes of starting.

The session started after a brief delay of over 30 minutes with the recitation of the Holy Quran. Deputy Speaker Qasim Suri chaired it.

“I, as the deputy speaker, give the ruling that the no-confidence motion against PM Imran Khan is being rejected,” Suri said while adjourning the session for an indefinite period.

Moments after National Assembly Deputy Speaker Qasim Suri dismissed the no-confidence motion against Prime Minister Imran Khan, terming it a contradiction of Article 5 of the Constitution, the PM in his address to the nation said he has sent a summary to the President to dissolve the assemblies.

He tendered his resignation after PM Imran Khan sent a proposal to the President to dissolve the assemblies.

“The constitution has been violated and I can no longer defend the government,” he said, adding that the ruling given by the deputy speaker was “unconstitutional.”

“I condemn the ruling which is unconstitutional and against democratic values,” he said.