Following the threat from the Indian cricket board, all foreign cricketers withdrew from the event which is set to kick off on August 6. 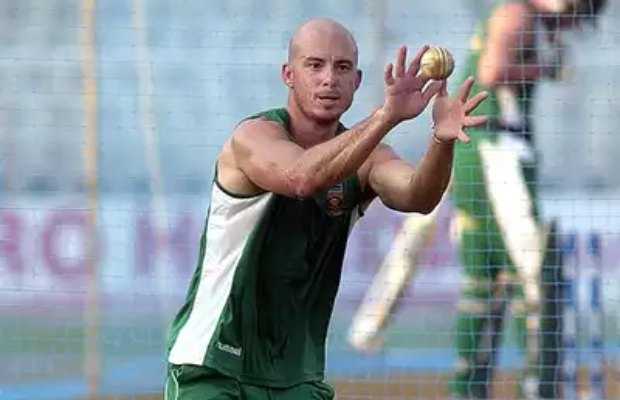 Herschelle Gibbs has revealed that the Board of Control for Cricket in India (BCCI) is trying to prevent him from participating in the inaugural Kashmir Premier League (KPL).

Former South African batsman and current Karachi Kings Head Coach Herschelle Gibbs slammed BCCI for threatening players and stopping them from playing in KPL and bringing their “political agenda with Pakistan into the equation.

In a tweet on Saturday, Gibbs said, “Completely unnecessary of the @BCCI to bring their political agenda with Pakistan into the equation and trying to prevent me playing in the @kpl_20. Also threatening me by saying they won’t allow me entry into India for any cricket-related work. Ludicrous.”

Completely unnecessary of the @BCCI to bring their political agenda with Pakistan into the equation and trying to prevent me playing in the @kpl_20 . Also threatening me saying they won’t allow me entry into India for any cricket related work. Ludicrous 🙄

As being reported, following the threat from the Indian cricket board, all foreign cricketers withdrew from the event which is set to kick off on August 6.

The six foreign cricketers, who have withdrawn from the KPL, include Herschelle Gibbs, Matt Prior, Phil Mustard, Owais Shah, Tenu Best, and Monty Panesar.

According to the news source, the BCCI officials contacted the English and African cricket boards and threatened to ban their players from entering India if they participated in the KPL.

While the English and African boards stopped their players from taking part in the KPL until further orders.

BCCI gives warning to all cricket boards if there ex players, commentators took Part in Kashmir Premier League, they will not able to work with BCCI and India in future. This is very sad and cheap stance by BCCI by bring again politics in cricket.#KPL

India’s politicisation of Cricket cannot be condemned enough. Depriving young Kashmiri players of the opportunity to share dressing room with big names in 🏏 is unfortunate and regrettable.@hershybru @kpl_20 https://t.co/uOgRuMXqln

This is highly condemnable! But this is not new – India has a history of such ill repute and has always brought politics into sports. They made many unsuccessful attempts at isolating Pakistan in world cricket. Disgusting as
Sports and politics do not mix. https://t.co/d7OMQ3H4a2

Threats by BCCI to international players joining the Kashmir Premier League are shameful and pathetic. The Indian extremism is coming to the fore. After playing its dirty role in regional & international politics, India is now showing its ugly face in sports as well.

The KPL management apologized to the remaining foreign players after taking the new situation into consideration including the security of the foreign players.

KPL President Arif Malik has said that the tournament will go ahead as scheduled, adding that Pakistani cricketers will participate.