A flexible batting line up would be a start 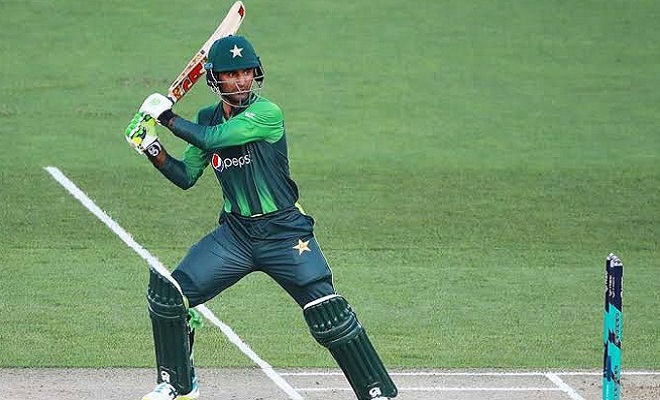 There are different ways to build a T20 team. Look at the successful Pakistani teams of 2007-2010 and 2016-2018, and we see excellent bowling attacks setting up wins. Score 150 (batting 1st or chasing) and win matches on the back of their bowling excellence.

There will be odd anomalies, but that is a T20 pattern, teams like Pakistan and Sunrisers Hyderabad have followed with great success. Whereas the unsurmountable West Indies team of 2012-2016 followed another approach. Have loads of boundary hitters in the 11 and try to outscore the opposition every time. The pitfalls of that approach have been highlighted consistently by Royal Challengers Bangalore’s failures.

In Australia, where the next World T20 will take place (thanks Big3), it is unlikely that team ambling to 150 would win matches with any consistency, irrespective of how good the bowling attack is. With long boundaries, a six-hitting team is likely to have more off days than normal.

Hence, perhaps a mix of the two strategies would work better. What are Pakistan’s options? The bowlers find their own way. Shadab Khan, Mohammad Amir, Shaheen Afridi, Mohammad Hasnain, Faheem Ashraf and Hasan Ali are all decent T20 bowlers. Questions over Imad’s potency in Australia remain but he has found ways to survive in international cricket with his limited bowling abilities thus far and wouldn’t be a surprise he continues to do so. If Usman Qadir or Zahid Mahmood perform, Pakistan could even go with two leg spinners. Pakistan Super League would throw up a new name or two in bowling. For example, Amad Butt (who can slog too) could get a look in. A fit-again Rumman Raees could also add so much to the lineup. Mohammad Irfan had a horrid start, but it could be down to nerves. One would hope that Waqar and Misbah’s is not so marred that they took a half-fit 7-foot bowler on an Australian tour.  He can still be relevant a year from now. The long and short of it, there are decent resources in bowling. Unless Waqar bhai does a complete World T20 2016, bowling should be competitive.

On the batting front, the pivotal thing would be the strategy laid out for the batting line up. Two sets of batsmen have to be selected and be judged on different criteria. On decent batting wickets in Australia, if Babar continues his form, (and that’s now a much bigger if with captaincy pressure) Pakistan could afford to take risks. Risks in shape of Fakhar Zaman, Asif Ali, Khushdil Shah, Ahsan Ali (fielding an issue) and to a lesser degree Umer Amin. Add any more batsmen/all-rounder who can clear the ropes against pacers you prefer.

The Fakhar-Babar partnership on paper makes sense because these are two contrasting batsmen. Fakhar’s failures are having an impact on the balance of the side like it showed in the 1st T20I against Australia. Babar Azam, Haris Sohail, Mohammad Rizwan, and Iftikhar Ahmed are cut from the same cloth (Babar’s superiority and tremendous improvement aside).

The batting line up should include a mix of batsmen who are rotators and six hitters. Judgement criteria for both should be different. A situation shouldn’t arise where we are stuck with two rotators in the power play, which pushes Babar (who stays in more often than not) to change his role. While he is becoming apt at performing both roles, being the best batsmen, the team batting line up should pivot around him. There are plenty of options of varying qualities for this role. Babar, Haris, Rizwan and Iftikhar are currently in those positions. Shoiab Malik, Mohammad Hafeez, Hussain Talat and others could potentially come in these defined roles.

Another set of batsmen in the side have to be boundary hitters, especially against pacers. Batsmen who have at least on the domestic level showed they can hit boundaries off fast bowlers. These batsmen should be given the long rope as failures would be frequent. But unless they are mentally shot, keep working with them as there are no replacement. Fakhar Zaman, Asif Ali, and Khushdil Shah are in the current squad. Even in domestic cricket, power hitters are rare commodities.

In the current squad, Asif and Khushdil have to be floaters, sent in early if Fakhar falls. As mentioned before, the point is to avoid a situation where Babar has to take charge with Rizwan or Haris struggling. Iftikhar isn’t a replacement of Asif, nor can Imam replace Fakhar. These are different batsmen altogether, not equipped to play as aggressors.

A 22 ball 25 is a lot worse than a 5 ball 15 in T20, in most situations. In Australia, it would be better to chase a big score n falter for 100 than meandering to 140 with 5 wickets in the bank. With Babar’s crazy consistency you could take a chance with others. Have batsmen on the potential of hitting boundary even if they are underperforming, as opposed to having six batsmen with a strike rate of 115.

Given how brutally the T20 team has been disbanded in the past three months, success looks like a million miles away anyway.