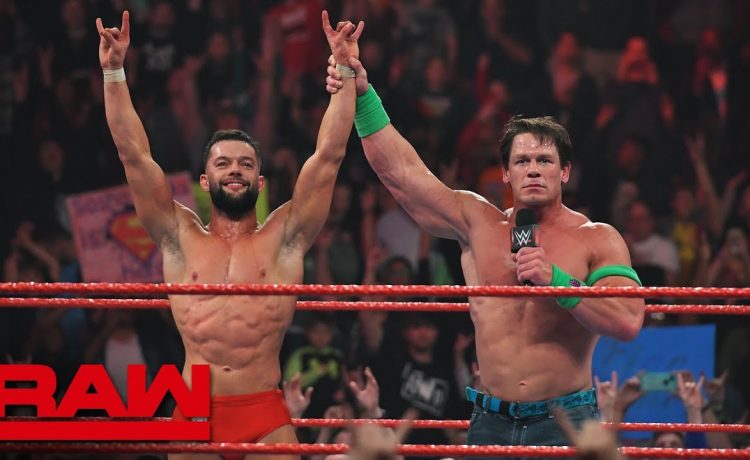 The Match was okaish clearly Sasha Banks was dragging the whole match and in the end Sasha grab Bank Statement on Tamina and she tapped out. This was a nice little match that Sasha carried all the way through, but Ronda also did very well here. Nia and Tamina aren’t bad, but they do leave a lot to be desired.

The “Top Guys” came to Raw in search of some retribution against three of those Lumberjacks, a team with which they have unfinished business. The match was good overall with Dash Wilder knocking Metalik’s boot off the ropes to nullify a pin break and allow the ref to complete the three-count. Clearly, teams turn their backs on The Revival at their own risk, whether they’re in the match or not.

Nikki Cross debut in the main roaster RAW. Tagged along with Bayley and Natalya in a 6 Women Tag Match against The Riott Squad. This was a fun match that gave Nikki Cross a fine debut. Every-one looked strong, especially Cross, who wrestled like she had to prove to herself that she could do it.

Match #4: Finn Balor def. Jinder Mahal to keep him out of the Fatal 4-Way to determine Brock Lesnar’s challenger:

Small build up for a face…..

This was a fine match that had a bit of an awkward start, but it settled into the greatest hits method of wrestling, which worked well for this title match. At one point, Ambrose tried to work with Rollins, but he wouldn’t have it. Lashley winning was the best outcome for this and I hope that means we’ll see Lashley getting more attention from Vince this year.

The Match was real good and the performance of every men in the ring was perfect. Cena looked like an idiot with that new Office Space haircut of his especially when you consider that he was wearing the same kiddy shorts and sneakers like usual. Cena should just shave his head bald while wearing red trunks and tape up his hands like a martial arts fighter so he doesn’t look like JBL during his mid-life crisis. McIntyre was the tough man in the match and still Vince favorite 😉 . Baron is a messy performer but yeah he did good in the ring. This was all about Finn and how much he deserves this match with Lesnar, let alone at the Royal Rumble Pay Per View.