Mumbai police have recovered 70 videos that were shot by Kundra's former personal assistant Umesh Kamat with the help of different production houses. 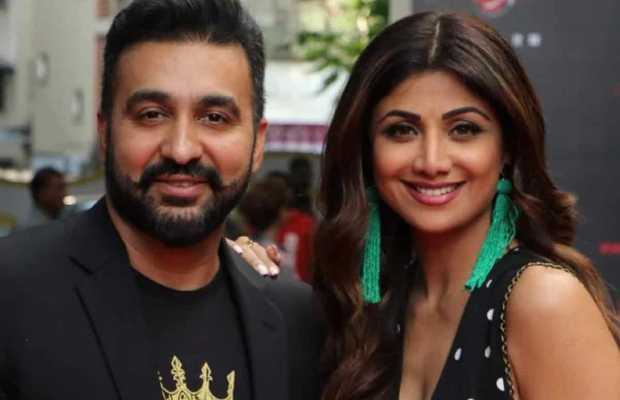 He was arrested on July 19 by the Mumbai Crime Branch for the production and distribution of pornographic content.

Raj Kundra has been booked under sections 420 (cheating), 34 (common intention), 292, and 293 (related to obscene and indecent advertisements and displays) of the Indian Penal Code (IPC) besides relevant sections of the IT Act and the Indecent Representation of Women (Prohibition) Act.

The Mumbai Crime Branch on July 27 hearing.  informed a magistrate court that they have found the details of revenue and payments of the controversial Hotshots app from the mobile and MacBook chats between Kundra and his business partner Ryan Thorpe.

The actress took to her Instagram handle to issue a statement on behalf of her and her family members. Shetty said that she will not comment on the case as it is subjudice.

She also requested the media for some privacy saying the past few days have been challenging for her “on every front”.

“Yes! The past few days have been challenging, on every front. There have been a lot of rumours and accusations. A lot of unwarranted aspersions on me cast by the media and (not so) well-wishers as well. A lot of trolling/questions posed…. not only to me but also to my family,” the actor wrote in a statement shared on social media. “MY STAND… I HAVE NOT COMMENTED YET and will continue to refrain from doing so on this case as it is subjudice, so please stop attributing false quotes on my behalf,” she wrote.

On Saturday, hearing Shilpa’s plea, the Mumbai High  Court had refused to restrain media, commenting that it will “have a chilling effect on the freedom of the press”.

The court added, “Reportage of something based on what police have said is not defamatory.”

According to Indian media reports, an undated interview of actress and model Sagarika Shona Suman came forward accusing Raj Kundra of demanding her ‘nude audition’ has come to light.

The report said that Sagarika leveled a series of allegations against Raj Kundra claiming that she was offered a role in a web series produced by him.

The police are reported to have had found a wider network, involving many small production houses of the city. These houses were associated with the operation of hotshots, the now-deleted streaming application.

Reports claim that Mumbai police have recovered 70 videos that were shot by Kundra’s former personal assistant Umesh Kamat with the help of different production houses.

All these production houses are under scanner now of the property cell, a source added. Besides these, 90 videos made specifically for the Kundra-owned ‘Hotshots’ app are being examined by the investigation team. Some are over 20 minutes to 30 minutes long in duration, the source said.

Raj Kundra has been running this business for two years though his Hotshots app was sold to a UK firm apparently to escape investigation in India.

However, Mumbai Police reveals  that the UK firm is owned by Kundra’s brother-in-law and though the official ownership was transferred, Kundra used to manage the operations.

Furthermore, Raj Kundra was planning to close Hotshots altogether and start a new streaming app. Kundra had also planned to take down some of the content from Hotshots, as per the police investigation made public.

After raiding his house and office last month, Police have found the server which will be sent for forensic analysis to confirm whether the content for the app was uploaded using the server.

Mumbai Police have launched the probe into the case in February and after several arrests reached Raj Kundra. A report claimed Raj Kundra avoided arrest since February by bribing the Crime Branch officers.