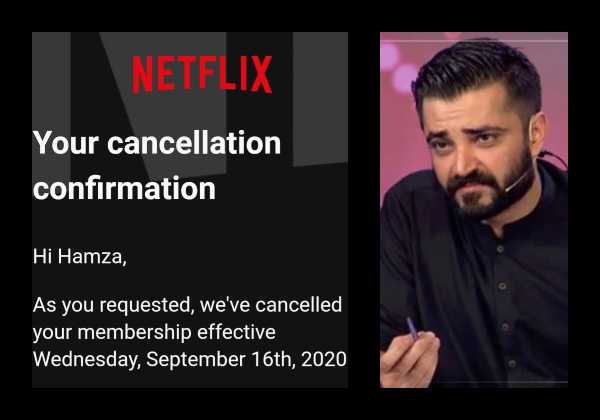 Netflix’s latest film Cuties have created a lot of hue and cry for its controversial storyline sexualizing 11-year olds. The same feeling is of former Pakistani actor Hamza Ali Abbasi who has canceled his subscription of the streaming service while expressing his dislike. The Mann Mayal actor also recommended his fans to do the same.

“Can’t do much but what I can do is cancel my Netflix subscription, maybe YOU SHOULD TOO!” his tweet added.

The French film Cuties has drawn negative attention from all across as it follows the story of a Muslim, 11-year old girl Amy (played by Fathia Yousuf) who wants to explore her sexual life through dance. The film directed by Maimouna Doucre is being dubbed as inappropriate sexualization of minors and offensive to Muslims.