Khalil Ur Rehman Qamar is all set to host current affairs show.

Known for his fiery temper, the famous writer will be making his debut as a host on a private news channel, Public News.

The upcoming venture of the Meray Paas Tum Ho writer was announced on social media with a teaser of his upcoming show.

A post shared by Khalil Ur Rehman Qamar (@krqofficial)

It is going to be an interesting watch to see KRQ himself hosting a current affairs show as we all witnessed an embarrassing episode of his attitude while making an appearance as a guest in a news show.

Last year Pakistan Electronic Media Regulatory Authority (Pemra) had slapped a fine of Rs500,000 on Neo News for violating its law and codes by airing Khalil ul Rehman Qamar’s abusive and misogynistic remarks, in its program that was aired on March 4th, 2020.

Reacting to the latest development, Adnan Siddiqui took to social media to support Khalil ur Rehman for his upcoming show.

“My dear friend and celebrated writer Khalil Ur Rehman Qamar is bringing his sharp writing skills and blunt wit in his new show,” Adnan wrote.

“Expect him to speak the truth as it is. Ruffle a few feathers politically and socially and shoot from the lip,”  the Meray Paas Tum Ho actor added. 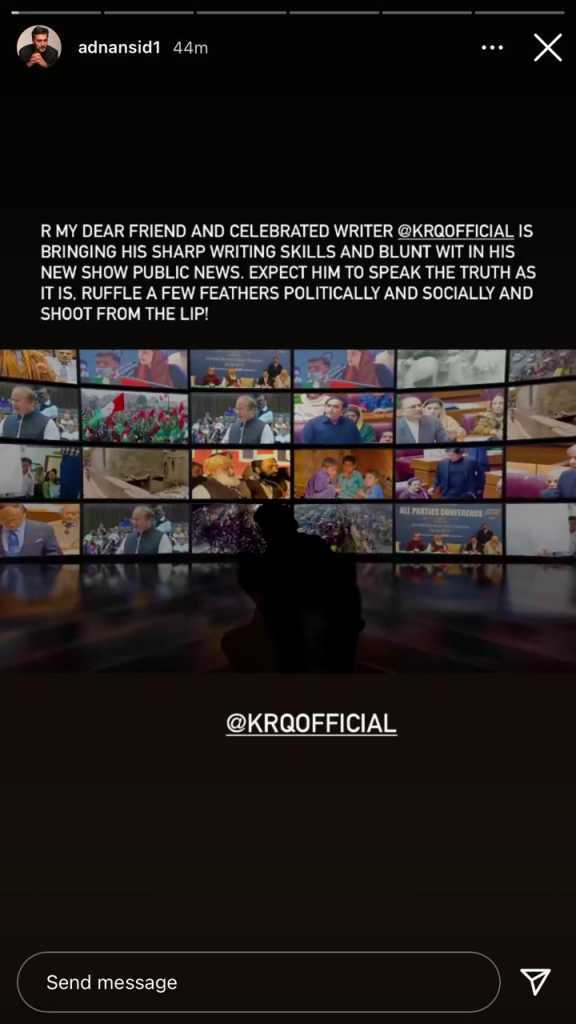