PEMRA officials said that they had been receiving many complaints about the content of the drama serial “Jalan”. 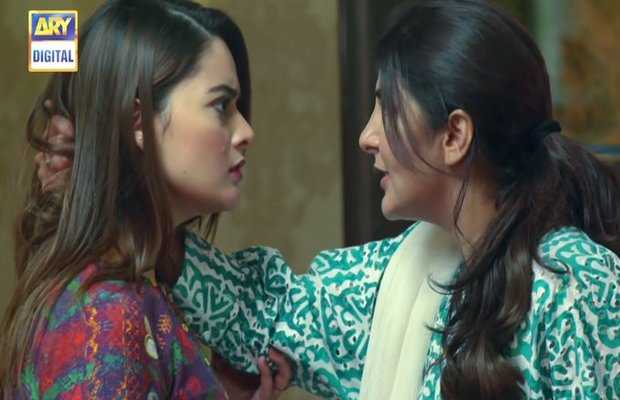 An official notification in this regard was issued by Pakistan Electronic Media Regulatory Authority Thursday, September 10.

PEMRA officials said that they had been receiving many complaints about the content of the drama serial “Jalan”.

According to the regulatory body, the concerned TV did not take any step to mend its way and continued to air Drama “Jalan”.

“All TV channels on August 18 had clearly been instructed to run dramas with content that was in accordance with the social and religious values”, the notification further added. 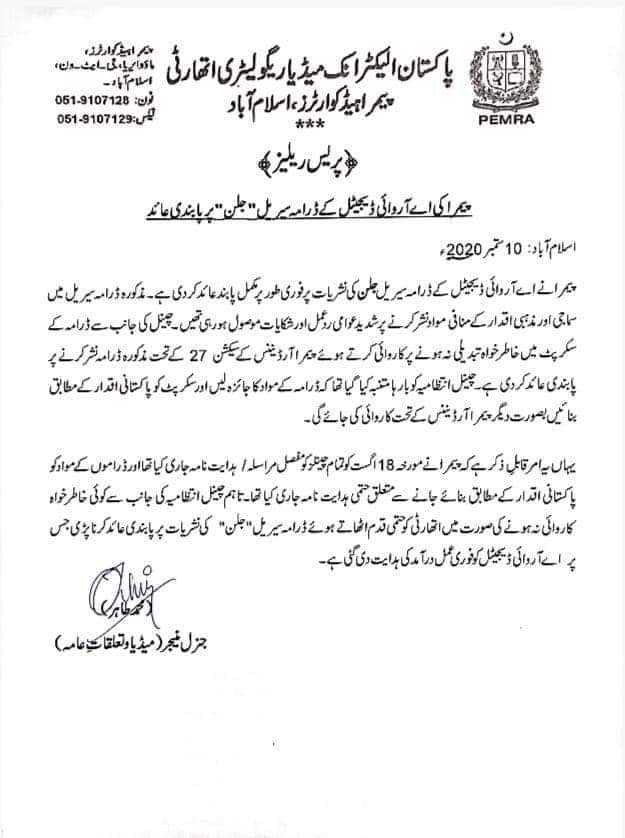 After a series of complaints against ARY Digital’s drama Jalan, PEMRA had issued a notification to the channel and Bigbang Entertainment to review the script and content on the drama.

Stating that the Minal Khan and Emad Irfani starrer drama is against the social and moral values of our society, the authority has given a final warning before it takes action against the drama under Section 27 of the PEMRA ordinance.