Hareem Shah comes with a threat for PM Imran Khan to make him announce nationwide lockdown amid coronavirus outbreak.

Taking up to social media, the controversial social media celebrity opened a new pandora’s box during times of distress.

Though she is also demanding PM Imran to announce nationwide, like many other Pakistanis, however, this TikTok star has come up with a new masala tweet. 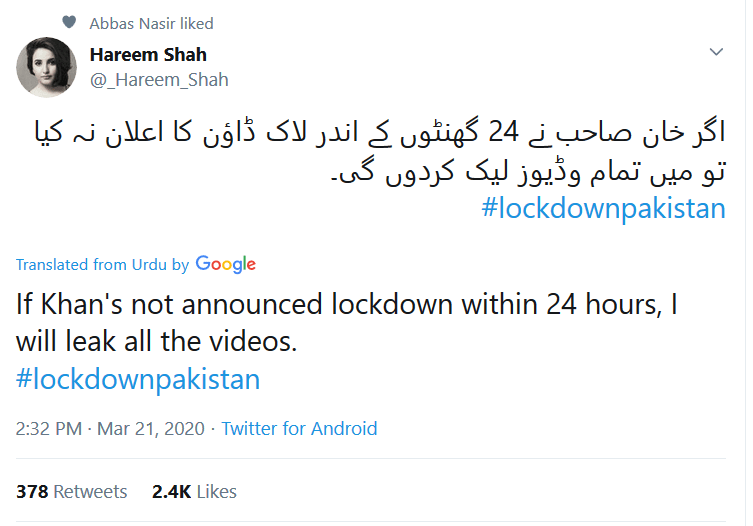 Hareem Shah, who has a history of a couple of leaked controversial videos to her credit, knows well how to remain in news.

Let us see what she has got this time in her bag that she has come up threatening the PM of Pakistan this time.

TikTok star Hareem Shah who surfaced last year when she toured PM house, became a news topic of controversy as she made a few scandalous videos involving high dignitaries viral on the internet.

Earlier, Hareem Shah who circulated videos and call recordings of ministers including Sheikh Rasheed and Fayyaz Ul Hasan Chohan become a target of doxxing along with her fellow TikTok star Sandal Khattak. The two’s address, family details, and other particulars leaked online in January.

Says that the videos were released by her friend and were not fake, however, the social media statements attributed to her were false.

Speaking to Geo Pakistan, Hareem said “I am a Pakistan Tehreek Insaf (PTI) supporter and a fan of PM Imran Khan. My entire family is in PTI”.

“We are PTI workers, therefore, make videos with them,” she said. 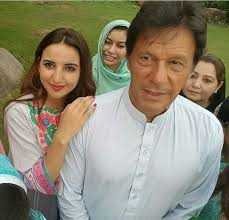 Well, let’s see Pakistan is moving towards total lockdown or not and Hareem Shah keeps her words or not.