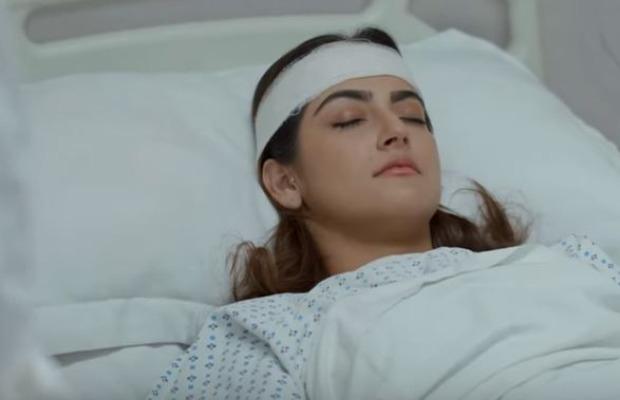 ARY Digital’s drama serial Berukhi is now 19 episodes down. The story is getting intense. Performances are on point. In the previous episode, we have seen that Kamran with the help of his hitman attacks  Sabeen by hitting her with a truck but Irtiza has saved her although Sabeen gets injured badly. In this episode, it is shown that eventually, Sabeen’s condition is out of danger.

Sabeen is in a very critical stage, doctors are saying that the next few hours will be very critical for her. It is clearly evident that Irtiza is super disturbed. He goes to a dargah and prays for Sabeen’s speedy recovery.

The media is continuously raising questions about Sabeen and her relationship with Irtiza. Irtiza comes out to face the media and there he tells the world through media that he loves Sabeen and he requests people to pray for her speedy recovery and he further adds that as soon as she will get well he will marry her. We wish Iyya Jaan and Maira hears this statement.

Maira is posing in front of Sana and others that she is also sad over Sabeen’s condition. However on the other hand she calls her Mamu and complains to him why he has not done his work properly. Maira’s mother Nazish hears Maira’s conversation and she is extremely mad at her! She snubs her for planning Sabeen’s murder! She says that she prays Sabeen gets well, well after hearing this from her none of us are sure that she actually wants this, or she is just being nice in front of Sana.

Sabeen is not getting out of her unconsciousness. Irtiza is always there at her side and after when he sees Nabeel coming out of her room and crying. He goes into her room and there he confesses his love for her and that is what she means to him. When he holds Sabeen’s hand he feels a movement and then he sees she is moving her eyes too. Sabeen has gained consciousness and her condition is now out of danger! Nabeel tells Sabeen how Irtiza is super disturbed and that he has seen true love in his eyes for her. Irtiza on the other hand is worrying that Sabeen might reject his proposal.

tweet
Share on FacebookShare on TwitterShare on PinterestShare on Reddit
Rameeza NasimJanuary 20, 2022
the authorRameeza Nasim
Rameeza Nasim, a Paralian, passionate about poetry, drama and fiction. By giving drama critiques I feel like I am endorsing the writer's message to the audiences, I love my job. Being a critic responsibility lies on my shoulders to point out the flaws and shortcomings of the play be it on writer's , performers or director's end . I did my Masters in English Literature and Linguistics .
All posts byRameeza Nasim