The abuser of Janu works in his school 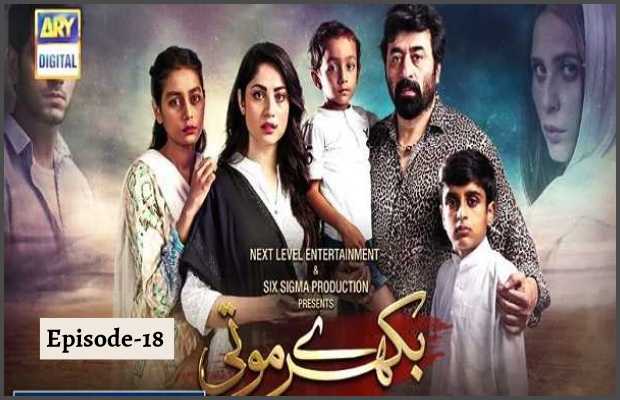 ARY Digital’s issue raising drama serial Bikhray Moti is creating awareness for various issues like child abuse and early marriage. In this episode Aiza eventually finds Shezaadi and she takes her out from that house. Neelum Muneer and Yasir Nawaz have given brilliant performances and particularly child stars Damia and Anas appearances are also quite impressive.

Shezaadi is trying to adjust in her house, this is such a heartbreaking scene when Shezaadi goes at Malik Sahab’s wife room and Malik’s Sahab wife despite her feelings of envy and jealousy can not make herself do anything wrong with that poor girl, in fact, she is feeling sorry for that poor girl. She is resolute that she will try her best to help Shehzaadi out in leaving the house.

It is such a heart-wrenching scene when Shezaadi says that she does not want divorce as she has always seen her mother fearing from that word when her father used to threaten her that he will divorce her she pleads him not to divorce her. Malik Sahab’s wife has made up her mind to help this poor helpless girl. She tells her that early marriage is worst than divorce. Well technically speaking Shezaadi’s Nikkah is void as from the Islamic point of view Nikkah takes place in the presence of a girl’s guardian or father. Here, in this case, his father was not present at the time of nikkah, so it is void and secondly, child marriage is a crime and there is severe punishment for it in the law.

Aiza tells Janu that she will take him to the school, Janu becomes extremely happy to know that he is going to join the school and will resume his studies but it seems that his troubles and traumas are not going to end. Poor Janu’s happiness is short-lived as the same child abuser who had kidnapped and raped him now works in his school. We are fearing that he might abuse Janu in the future as well.

Aiza finally comes to know about Shehzaadi, she wants to go there but Zulfi is down with intoxication. Well, it is shown that peer pressure is hard to resists but Zulfi is trying his best to be on the right path. Aiza goes to Malik Sahab’s house and there she finds Shehzaadi. Malik Sahab’s wife tells her to take her as soon as possible, Aiza takes Shehzaadi with her to her house. The scene where Shehzaadi meets Janu is so heart wrenching. Will Aiza and Zulfi be able to save Shezaadi and Janu?