Azka seems to get traped by Abid 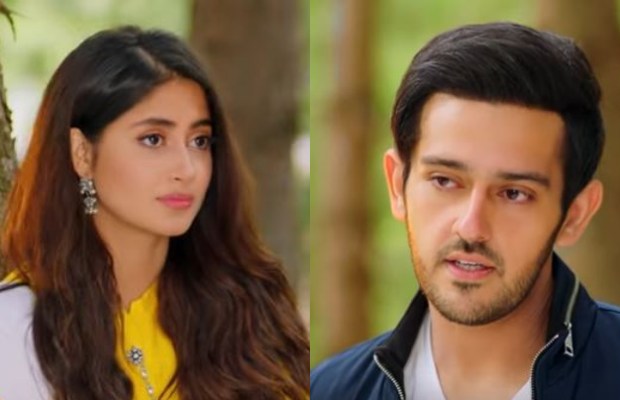 Ishq E Laa the drama serial running at Hum TV is one of the strongest plays in the running. Having two drama queen in the main leads the play is loaded with power packed performances. In the previous episode Azlaan ruthlessly breaks Shanaya’s heart. But in the latest, he eventually proposes Shanaya. However, Shanaya has put a condition that he has to experience her world.

Azlaan’s mother suggests her to stay away from Shanaya as now she is marrying somewhere else and he should stop seeing her so as not to complicate this situation. This thought of not meeting Shanaya actually disturbs Azlaan. On the other hand, Shanaya’s mother has called Fahad who seems an amiable guy and he seems quite interested in Shanaya.

Azlaan is a spoiled brat he arrives right at the moment when Fahad and his mother are sitting at Shanaya’s house. Azlaan orders Shanaya to come out and meet him, Shanaya who is with Fahad she says that she cannot come but Azlaan forcefully orders her. It seems that love sometime makes one so submissive that they have no will of their own. Likewise Shanaya, sometimes have to negative herself in order to please Azlaan why she blindly obeys whatever he orders her to do?

Shanaya when comes out of her house to meet Azlaan he orders her to sit in his car when she refuses he threatens her that then he will go into the house. Shanaya has to leave Fahad and she goes out with Azlaan to a serene place where Azlaan confess that he cannot live without her and the idea of not meeting her disturbs him. He finally proposes Shanaya, she cannot believe her ears but then she has put a condition. She says that they both belong to different worlds and if he is marrying her then he should experience her world too. Azlaan follows her but he is giving top looks on going to slum areas and eating unhygienic food.

Azka’s brother is struggling hard to find a job. Azka feels very guilty that it is because of her that her brother lost his job. Azka and his brother’s bond is shown so beautiful. Azka’s bhabi creates a huge drama with Abid and it seems that poor Azka is going to get trapped and demean in front of her brother’s eyes. She is going to get her mother’s medicines from the shop when Abid has sent few loafers to harass her so he can come and save her like a knight, but he is behaving like he and Azka are being together in front of Azka’s brother. Poor Azka will be in a big trouble.

tweet
Share on FacebookShare on TwitterShare on PinterestShare on Reddit
Rameeza NasimNovember 26, 2021
the authorRameeza Nasim
Rameeza Nasim, a Paralian, passionate about poetry, drama and fiction. By giving drama critiques I feel like I am endorsing the writer's message to the audiences, I love my job. Being a critic responsibility lies on my shoulders to point out the flaws and shortcomings of the play be it on writer's , performers or director's end . I did my Masters in English Literature and Linguistics .
All posts byRameeza Nasim