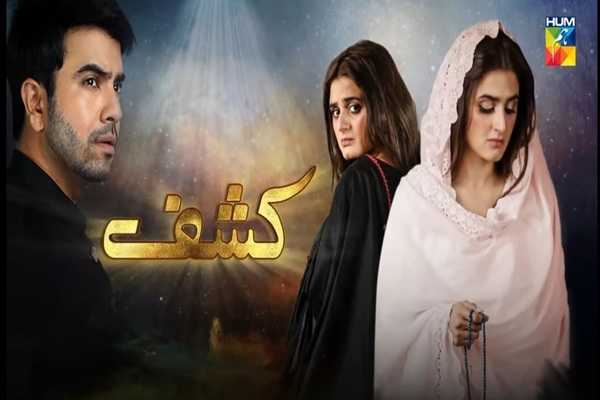 HUM TV’s finest drama serial Kashf seems to be getting more and more intense, the unique storyline and incredible execution powered by impeccable performances is what makes it our favorite Prime Time Watch. Kashf’s tragedies never seem to end as her own family members including her own mother get swayed with the money she earns and now she is worrying that marrying off Kashf to Wajdaan might make them lose power from her earnings.

Kashf’s sister Erum agrees to the proposal her family is suggesting and she refuses Babar’s offer, Mattiuallah insists him to persuade Erum for elopement no matter what happens. Mattiuallah’s close worker who is now working for Kashf’s father eavesdrops their whole conversation and starts recording it where Mattiuallah is directing Babar how to convince Erum. Well, that is so smart of Kashf’s father and that worker. That video is shown to Erum and she gets to know the ugly face of Babar and also that his love is nothing but a planted drama. She is embarrassed about her behavior with Kashf. Smart vigilance by Kashf’s father saves Erum.

Well, Phupho’s lover is still planning with Mattiuallah and seriously being an old lover of Ashi his association with Mattiuallah is not making any sense, its quite exaggerated track. Zoya is still after Wajdaan and when Kashf so benevolently tells her that she can marry him she is still being rude with her. She is simply so disgusting. Kashf’s family shifts to a new house and despite Kashf’s disapproval. Kashf’s father insists that they will stay at this house. Kashf’s family’s status has changed. Well, one wonders how come one gets such a big house in a city like Karachi in such a short span of time. The change in the wardrobe of Kashf’s mother reflects their changed lifestyle is a well-done execution.

Wajdaan is too desperate to marry Kashf and this time he once again talks with his Chacha and asks for Kashf’s hand. Wajdaan’s father put conditions on him which is to name his house after him as a guarantee and also that he will have no share in Kashf’s earnings. Wajdaan agrees to all conditions despite that Kashf is telling him not to do that. Well technically speaking his house is not just Wajdaan’s, her sister Shumaila’s share is also in that so how can he give his house papers to Kashf’s father?

Well, here Kashf’s mother is now acting like her husband she is telling her father that how will they let Kashf marry Wajdaan they might lose control over her earnings, and for that, she says that they will take stamp paper guarantee. Wajdaan’s mother is worrying that Kashf’s father may kick them out of the house and she knows that they will never let him marry Kashf. Well, Why Kashf has let this happen? Why she has not taken a solid stand for Wajdaan and tries to modify her father’s condition by using her power? Why she is so silently making Wajdaan and his family lose their shelter?

tweet
Share on FacebookShare on TwitterShare on PinterestShare on Reddit
Rameeza NasimAugust 12, 2020
the authorRameeza Nasim
Rameeza Nasim, a Paralian, passionate about poetry, drama and fiction. By giving drama critiques I feel like I am endorsing the writer's message to the audiences, I love my job. Being a critic responsibility lies on my shoulders to point out the flaws and shortcomings of the play be it on writer's , performers or director's end . I did my Masters in English Literature and Linguistics .
All posts byRameeza Nasim