Mawra Hocane and Sarah Khan's performances are memorable in this serial 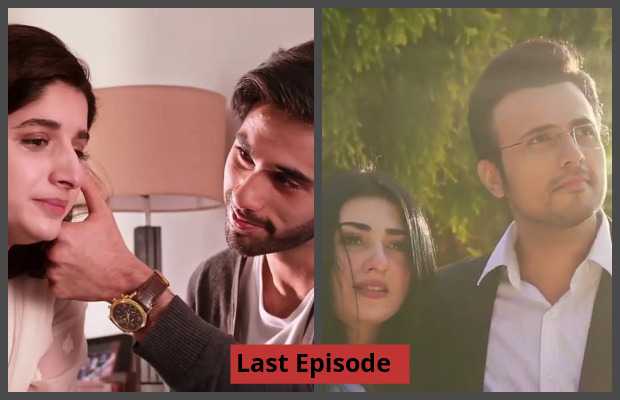 Sabaat one of the finest Prime Time Watch has finally ended on a happy note. The play is such an inspirational watch that we want to see more of such serials. Kudos to the entire team of Sabaat for coming up with such an excellent play with positive messages, writer, director and actors all have done a commendable job. We will surely be going to miss Sabaat.

Mawra Hocane and Sarah Khan’s performances are memorable in this serial, particularly Mawra Hocane’s act has been is impeccable, it is her best work so far. Mawra Hocane and Ameer Gilani’s chemistry has also been so perfect.

The ending of the play is a happy one that concluded on happy reunions of Miraal and Haris and Anaya and Hassan. Well, the episode begins with the usual Miraal in her attitude scene where she is all set to take divorce from Haris, she is with Ali all the time, ignoring Haris requests of patch up. The turning point of the episode is when Miraal and Ali met a severe accident in which Miraal loses her walking power for time being, her legs gets paralyzed.

This disability has opened Miraal’s eyes. She has realized that it is the punishment of her sins. She has noticed that Ali has not come to see her for once while it is Haris who is always at her side, helping her out and motivating her. Miraal tells Hassan that she is behind his and Anaya’s separation, she tells him that she with the help of Atif has created misunderstandings between him and Anaya. She also tells him that he also has a son.

Hassan’s world turn upside down when he gets to know that Anaya is innocent and all that happened to him was planted by none other but his own sister and his best friend Atif. One of the most satisfying scenes is when Hassan is beating the hell out of Atif. Hassan with a heavy heart and a guilty face goes to Anaya’s house to seek her forgiveness. Well, it is shown so real that she refuses to forgive him and she tells him that Ibrahim is only her son, not his.

Anaya’s mother advised her to forgive him. Well many critics are of the view that Anaya should not forgive Hassan but I think that here Hassan is not much sinned, he reactsed to what he was shown, Atif was continuously feeding his mind with doubts. Well, Anaya is finally able to fully forgive Hassan when Miraal along with her mother comes to seek her forgiveness and she told her that it is she who is responsible for ruining her marriage, not Hassan. There is a happy reunion between Hassan and Anaya with the addition of their cute little son. It is shown that Anaya’s mother adopts a child to beat her loneliness. Miraal with the help of Haris, getting better and she has started taking steps on her own.

We need to have more serials like Sabaat, we will surely going to miss Sabaat, our Sundays will definitely not be the same.

tweet
Share on FacebookShare on TwitterShare on PinterestShare on Reddit
Rameeza NasimOctober 26, 2020
the authorRameeza Nasim
Rameeza Nasim, a Paralian, passionate about poetry, drama and fiction. By giving drama critiques I feel like I am endorsing the writer's message to the audiences, I love my job. Being a critic responsibility lies on my shoulders to point out the flaws and shortcomings of the play be it on writer's , performers or director's end . I did my Masters in English Literature and Linguistics .
All posts byRameeza Nasim