The first episode is here and precisely it's a good watch 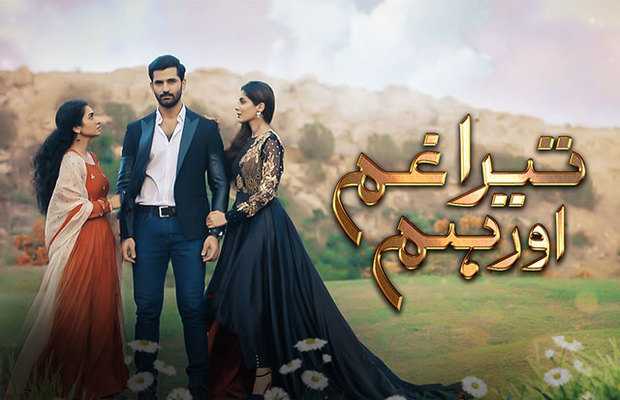 A little before, its first episode went on air on Hum Tv, Tera Gham Aur Hum had released its promos which showed two women presumably in love with one man. From the teasers, the drama seemed another cliched love triangle and for the sake of crossing it off my list, decided to watch the first episode.

But here’s one thing, the first episode of Azekah Daniel, Zain Baig, and Hajra Yamin starrer drama is a good watch and neither does it bore you with its dullness nor it comes off as a cringey one for any overacting. All in all a balance of acting from all characters including the negative ones and a good start to what seems to be an interesting storyline.

The drama features Sara (Azekah), Mahi (Hajra), and Ali (Zain) who has not yet made an appearance properly. Based on a big family of veteran actress Suneeta (Dado) the three main characters are all blood-related and part of a close-knitted family.

While Mahi is a shy and introvert girl who faces social anxiety among other challenges, it’s Sara her cousin, and her best friend who comes off as a savior for her. Loved by her parents as a single child, the sensitive Mahi herself adores the confident and beautiful Sara who is the daughter of her paternal uncle – a laid back and incompetent father.

The drama has started with some basic family issues and the introduction of all characters. Almost all the actors have given convincing performance and it would not take a lot for you to believe in their story. Two thumbs up here for Raja Haider who plays Faraz, a negative character performed with perfection.

Written by Maimoona Aziz and the direction of Azeem Sajjad, Tera Gham Aur Hum surely has gotten our eye for how the story unfolds.