Under the influence of new system, heavy rainfall with windstorms are expected in Karachi, Hyderabad, Thatta, Badin, and Dadu from July 1, 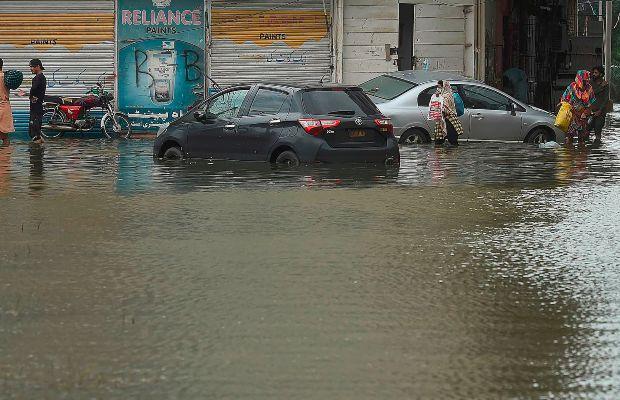 An urban flooding warning has been issued for Karachi as heavy rain hit the metropolis from July 1!

Under the influence of this system, heavy rainfall with windstorms are expected in Karachi, Hyderabad, Thatta, Badin, and Dadu from July 1, it added.

The heavy rainfall may cause urban flooding in Karachi and Hyderabad from July 3 to 5, PMD warned.

The PDMA has also advised the public to stay away from windows and doors during heavy rain and strong winds.

“Avoid roadway underpasses, drainage ditches, low-lying areas, and areas where water collects there can be unexpectedly flood or overflow,” it said.

Furthermore, fishermen have been advised to remain careful due to rough sea conditions from July 3 to 5 in the wake of heavy rainfall.

Keep in mind on January 2022, torrential rains had lashed Gwadar, and parts of Baluchistan left the communication system in disarray.