Hala and her baby are in critical condition 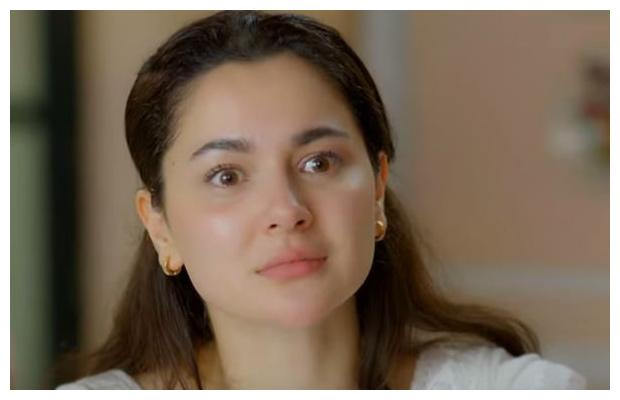 Ary Digital’s drama serial Mere Humsafar is going stronger in terms of its viewership but this episode, in particular, is great with Hala mustering the courage to speak her heart out in front of her father. Performances are super brilliant. In the previous episode, we have seen that despite of all odds Hamza is not ready to leave Hala. In this episode, it seems that his heart has melted for Hala.

Hala’s sister seems more sensible than her father. She is telling her father that he cannot leave poor Hala in such a miserable condition. In this house where circumstances are not favorable for her. Even Hamza is not behaving right with her but Hala’s father behaves like an Eastern Desi aunty saying that “Baby k baad sub sahi hojayega”.

Nafees has found a solution to strengthen Hala’s position in the house. He has named his house property after his daughter Hala. Now Hala just like Raees and Jalees is an equal shareholder of the house. Well, this episode, in particular, is my favorite because things are not dragged and on top of that Hala gets a spine to face her dad and she speaks her heart in front of him.

Hala musters the courage to speak her heart out in front of all. She tells her father that he is once again doing wrong by thinking that money and property can save her house. She tells him that she has always thought to secure her with money not realizing what she is actually going through. Nafees is speechless. Hamza also softens a bit towards her but it is Tayeejaan who is enjoying all this. She is happy to see Hala’s misery. Hala ends up collapsing herself in the arms of Hamza. Nafees and Hamza take Hala to the hospital.

Doctors are of the view that Hala is under severe stress and her and the baby’s condition is quite critical. We really love this episode because we get to see glimpses of former Hamza, his heart has melted towards Hala. He is always at her side. Hamza is telling Hala that everything is going to be okay and he also tells her that he is not letting her go not just because she is expecting his child. Nafees is in remorse, Hala’s words are echoing in his head and it seems that he is going to take a vital step for Hala. we are left with thoughts that Hala should go with her father to London and she should give Hamza and their relationship a break. Breaks are great for relationships. Always rooting for Hamza and Hala.

tweet
Share on FacebookShare on TwitterShare on PinterestShare on Reddit
Rameeza NasimAugust 12, 2022
the authorRameeza Nasim
Rameeza Nasim, a Paralian, passionate about poetry, drama and fiction. By giving drama critiques I feel like I am endorsing the writer's message to the audiences, I love my job. Being a critic responsibility lies on my shoulders to point out the flaws and shortcomings of the play be it on writer's , performers or director's end . I did my Masters in English Literature and Linguistics .
All posts byRameeza Nasim