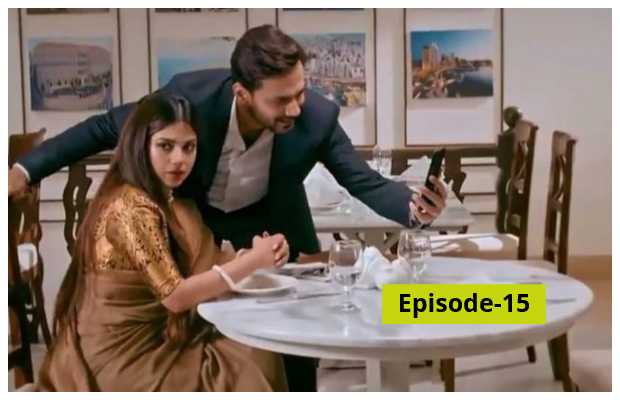 HUM TV drama serial Mohabbat Tujhe Alvida’s latest episode is quite annoying  where Ulfaat after moving to the new house along with all family members, is now showing her true colors to Shafaq! Although the play is quite over the top, heavily caricatured but it is the performances which make it an interesting watch. This episode

Never for a single moment, Ulfaat(Sonya Hussyn) is realizing that her status elevation and her dreams coming true become possible only through Shafaq’s (Mansha Pasha) support then why now she is being so mean and selfish to her. She is now treating her so badly. She has not even given a separate room to Shafaq, and is made to stay with her son Hadi in his room. It is also disturbing Shahaan (Zahid Ahmed).

Ulfaat’s mean and jealous friend has also joined Ulfaat in her new house as their help and housekeeper. Noori is doing her best to feed Ulfaat’s mind against Shafaq.

Shafaq is not realizing that her mean attitude is going to ruin Ulfaat’s house and her relationship with Shahaan. Shahaan is also sensing that he is eventually going to lose Ulfaat and this thought is making him restless.

It seems odd that why Ulfaat is not fearing that if Shafaq tells  Shahaan the whole truth about her that she has actually sold her husband to her in 10 Crores what will he do? Shahaan will not forgive her then why she is not behaving well with Shafaq, and not making her happy so that she will keep their secret otherwise Ulfaat will lose her husband. Well we also wonder that why Shahaan never gets an idea that how come Ulfaat gets such a huge prize bond and why he never gets an inkling that it is Shafaq who has become the reason for her wealth. Has he never realized that why Ulfaat insisted him to marry Shafaq?

Ulfaat is now showing her true colors, she is mean and she is not the one who keeps her words and commitment. She is the one who has promised Shafaq at her wedding night to treat like a sister but now it is she who treats her so badly and envy her. She is even being mean with her husband as well, instead of having romantic conversation, she is taunting him about Shafaq so much so that he leaves the room.

Will Shahaan ever be able to find out the reality of Ulfaat getting wealthy in such a short span of time? and will it affect their relationship?