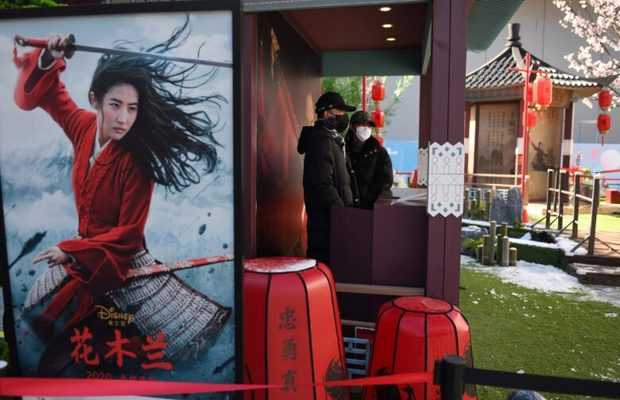 A group of US lawmakers have questioned Walt Disney Co. for filming some parts of its latest release Mulan, in Xinjiang region of China. The province often alleged of involvement in inhuman treatment against Muslims Uighurs and other ethnic minorities is at watchlist of various governments including the United States.

“The decision to film parts of Mulan in cooperation with the local security and propaganda elements, offers tacit legitimacy to those perpetrators of crimes that may warrant the designation of genocide,” said former presidential candidate Marco Rubio, a Republican senator who co-chairs Congressional-Executive Commission on China (CECC).

The lawmakers including Rubio have written a letter to Disney demanding explanation. The letter was also retweeted by CECC that monitors the Xinjiang situation and notifies President Donald Trump.

“Disney’s apparent cooperation with officials of the People’s Republic of China (PRC) who are most responsible for committing atrocities – or for covering up those crimes – is profoundly disturbing,” said the letter signed by bipartisan lawmakers.

China has repeatedly refuted claims of forced detentions in Xinjiang and termed the camps for Uighurs as vocational and educational facilities. The lawmakers have stated that since reports suggesting Xinjiang involvement in human rights violations surfaced before filming of Mulan live-action, the studio has to explain its decision.